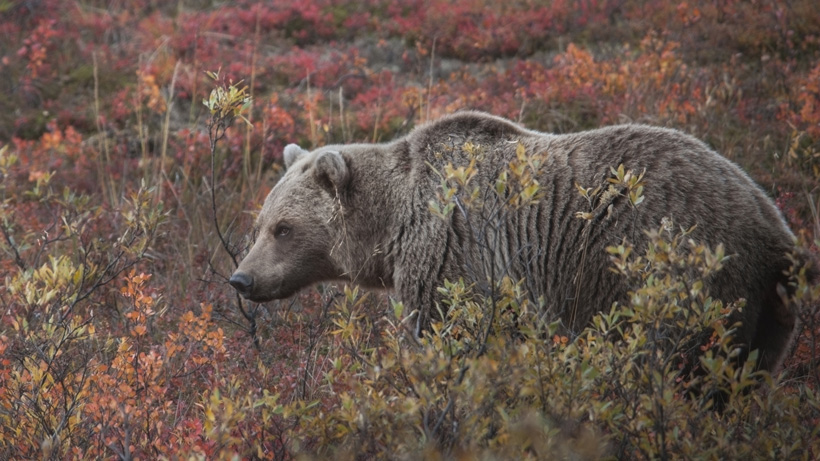 If grizzly bears congregate near railroad tracks and are killed by trains, is the railway company to blame? Yes, according to an impending lawsuit targeting the BNSF Railway Company (BNSF). The group Wildlife Guardians plans to sue BNSF due to its “negligently killing” of federally protected grizzly bears near Glacier National Park in Montana, National Parks Traveler reports.

“While Burlington Northern has twiddled its thumbs for 15 years rather than taking essential measures to protect grizzly bears, trains have killed dozens of grizzlies, including at least four cubs,” said Sarah McMillan, conservation director at WildEarth Guardians.

BNSF was notified of the groups “intent to sue” in October following the deaths of two bear cubs that were killed by a train near Marias Pass, south of Glacier National Park. Wildlife Guardians say that five grizzly bears were “killed by ‘railway activities’ near East Glacier in October” when a train killed a cow, “which then attracted five bears to the tracks,” according to National Parks Traveler. Additionally, the group stated in a press release that five separate incidents resulted in the grizzly bear deaths: two by train collisions; three by cars on Highway 2.

Further, “according to the best available data,” WildEarth Guardians says that trains “killed or contributed to the deaths of approximately 52 grizzly bears” within the Northern Continental Divide Ecosystem between 1980 and 2018.

The railways are used hourly by BNSF and trains average 35 mph. BNSF told The Associated Press that workers do clean up “carrion and spilled grain…from the tracks” because it can attract bears, according to National Parks Traveler.

“The 67-mile stretch of railway between West Glacier and Browning is where trains reportedly killed 29 grizzlies between 1980 and 2002,” said Pete Frost, attorney at the Western Environmental Law Center on behalf of WildEarth Guardians. “Slowing the trains down, ensuring carrion are promptly cleared from tracks, and perhaps scheduling trains to run during the day and not at feeding time might reduce trains killing grizzlies.”

“The deaths of these grizzly bears and cubs was entirely preventable and there is no excuse for Burlington Northern’s continued failure to safeguard the railroad from these lethal collisions,” said Josh Osher, Montana Director for Western Watersheds Project. “Whether it’s a lack of concern, laziness or just plain greed, it’s time for BNSF to be held accountable and to take immediate steps to stop further killings.”