Punished: Poacher gets what he deserves 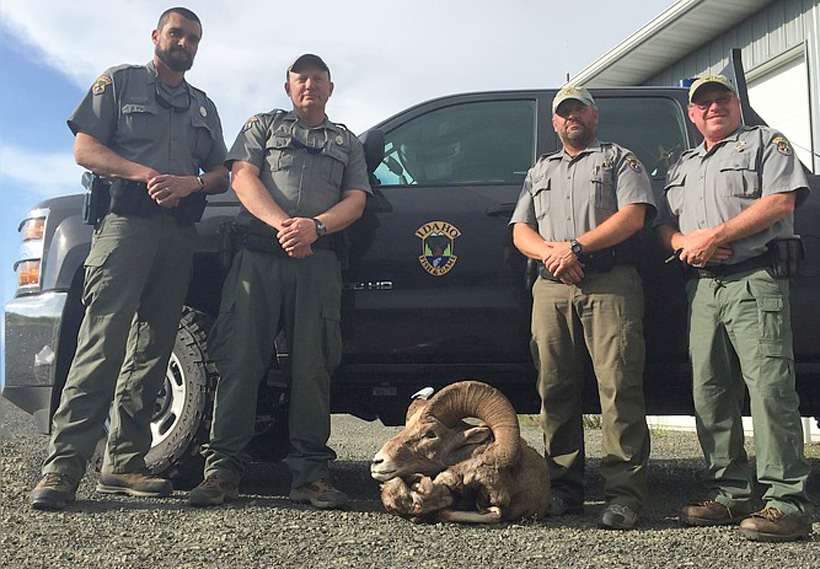 Finally, a bighorn sheep poacher gets what he deserves: thousands of dollars in fines, jail time and a lifetime loss of hunting privileges. Paul R. Cortez, guilty of poaching a Rocky Mountain bighorn sheep in Salmon River County last November, has been fairly punished for such a heinous crime – and, according to the judge, used as an example to future poachers that this type of activity is not one that will be taken lightly.

While Cortez’s attorney tried to defend his actions, alleging that Cortez was an unskilled hunter who shot and mistakenly killed the once-in-a-lifetime bighorn sheep, Idaho County deputy prosecutor Adam Green said that Cortez’s decision to not correctly identify the animal before shooting was a “violation of the first rule of hunting.”

“Only one person is responsible,” says Green. “He shot his weapon at something he did not identify. He killed it. It turned out to be a highly regulated game animal.”

As goHUNT previously reported, Cortez said that he thought he shot at a wolf, before switching it to a mule deer, and finally settling on an unknown animal with horns during his pre-trial hearing. His somewhat devious explanation of the animal he actually killed illegally caused the judge to question Cortez’s motives. Based upon the initial lenient punishment, Judge Gregory FitzMaurice opted for a harsher sentence, adding “that a signal needs to be sent out to others in your situation.”

Judge FitzMaurice sentenced Cortez to 30 days in jail as well as a lifetime loss of hunting privileges. While Cortez did have his rifle returned to him following the investigation, along with jail time and revocation of hunting privileges, he was also ordered to pay a total of $10,000 in fines, court costs and civil penalties, according to the Idaho County Free Press.

Now that is a fair punishment for such an unethical crime.