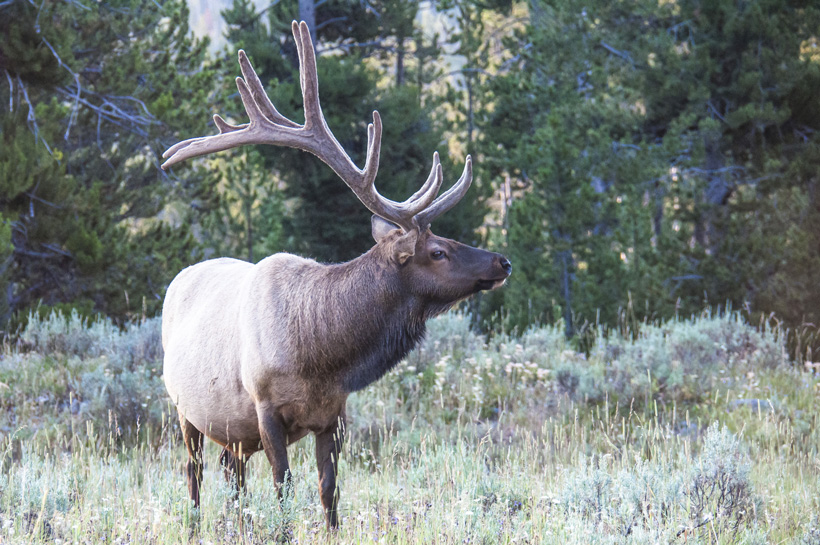 In an effort to better manage thriving elk herds, Montana Fish, Wildlife and Parks (FWP) have proposed to create an elk shoulder season that would allow rifle hunting in specific districts (or portions of districts) before or after regular seasons end. The hope is that it would help decrease elk numbers while increasing hunter success.

“We’re looking at what tools we can implement to get elk numbers down in districts where we’re over objective,” says Ken McDonald, wildlife bureau chief for MFWP.

While Montana has both a six-week archery season and a five-week rifle season for deer and elk, according to FWP more than 70 hunting districts – or portions of them – are still overpopulated. Officials hope that adding the elk shoulder season, which would add only a couple of days before or after the regular season (between August 15 and February 15) and target an entire hunting district, will result in better management to bring elk populations back to a sustainable level.

According to the Billings Gazette, in 2014, there was an estimated 158,000 elk across the state compared to the 138,000 in 2004. These numbers illustrate the fact that despite a long hunting season, elk herds continue to flourish. FWP says that this is due to more elk on private land, which makes them unavailable to many during hunting season. High concentrations of elk on private land also bring damage to landowners’ fences and crops and can increase the chances of cross contamination of wildlife diseases.

The shoulder season proposal was presented at the Montana Fish and Wildlife Commission meeting last week. If it is approved, the public will have a chance to comment on the guidelines before they are finalized.