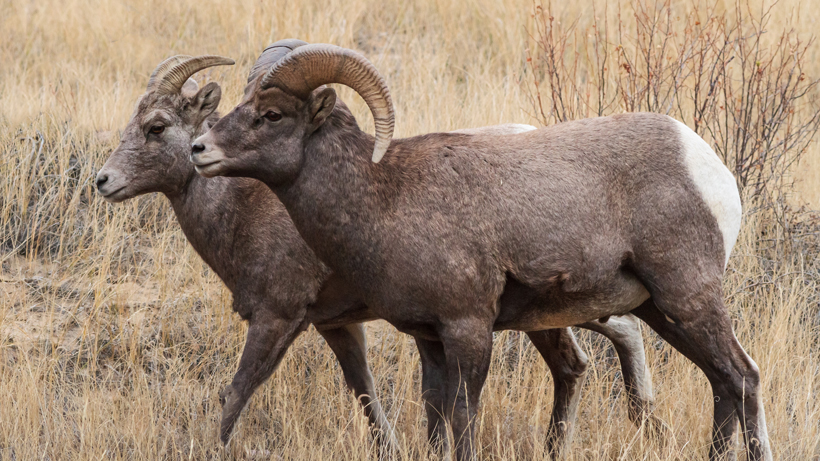 Hunters and bighorn sheep conservationists aren’t too happy with the possible changes to South Dakota’s bighorn sheep regulations. Governor Kristi Noem’s Second Century Initiative is geared towards helping “rebuild hunting habitats.” While it may add some bighorn sheep hunting opportunity, it would change how the revenue from the annual license auction would be used, funneling money towards other wildlife like pheasants, KOTA TV reports.

“We have put 70-80 sheep back on the mountain with that money,” Jesse Kurtenbach, a South Dakota hunter, told KOTA TV. “Why do we have to be the first state that starts giving that money (money made from the sheep tag auction) to pheasants or pheasant habitat. They're not even a native species to South Dakota.”

Kurtenbach adds that the reason the bighorn sheep auction was established in the first place was to “help fund sheep research, promote their habitat” and boost populations with relocation efforts.

“The Wild Sheep Foundation have worked for multiple years and finally got an auction tag back in 2013 to auction off a sheep hunt in South Dakota and the agreement was that the proceeds would got directly back to the sheep in South Dakota,” said Kurtenbach.

Last year, a bighorn sheep tag holder took a world record ram in the Badlands and it’s anticipated that, because of that record harvest, the tag will take in anywhere from $300,000 to $500,000. Only one tag is auctioned off each year and only three tags are even available.