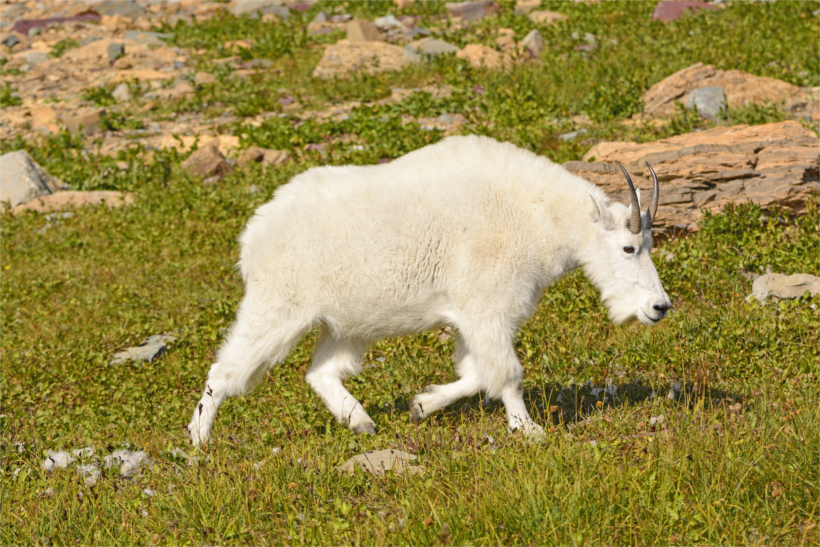 Wyoming’s not 100% sure about mountain goats. With non-native goats migrating into the state, officials with the Wyoming Game and Fish Department (WGFD) want to figure out where they’d like this invasive species to live and where it isn’t welcome. They plan to do this through a carefully planned mapping project that will follow GPS-outfitted goats, focusing specifically on members of the Palisades Goat Herd and the Beartooth Goat Herd.

“Over the next few years we’re going to determine where we would like to see mountain goats and where we would not support populations establishing,” says WGFD biologist Gary Fralick.

Officials worry that wild non-native goat herds could bring disease to roaming bighorn sheep, which share a space with some of the goats in the Teton Range. Tracking their movements would help WGFD biologists pinpoint where they would like the goats to stay – and efforts are already under way to keep the growing herds under control.

WGFD plans to offer a general season over-the-counter hunting tag for mountain goats north of Highway 22 and have plans to offer an additional season for goats that are located south of the North Fork of the Shoshone River, according to the Washington Times. No hunts have been confirmed and nonresidents often pay a hefty fee to hunt mountain goats within the state, which means that the state government would need to make an exception for the general hunt to be approved.

“We started to evaluate options for providing hunter opportunity in an effort to control mountain goat expansion,” says regional wildlife management coordinator Doug Brimeyer. “One of the ways to do that is to provide people with an opportunity to hunt those expanding populations.”

Other resident herds within the Grand Teton National Park and Cascade Canyon will also be managed by upcoming hunts as the herds are nearing a thriving number with approximately 40 to 60 goats. Until an actual decision is made, hunters will have to stand by to see if more mountain goat hunts will be added within the state.