In 2014 an avid bowhunter, Tony Loop, bought the Arizona statewide Rocky Mountain bighorn sheep tag and was referred to hunt with Dieringer Outfitters - a goHUNT.com Business Member, by his friends GT Nunn and Andy McMillan. Sam Dieringer located two large rams on an early August scouting trip, and on August 14 Tony arrived with GT and Andy for the August 15 season opener. That evening they watched one of the large rams bed for the night. 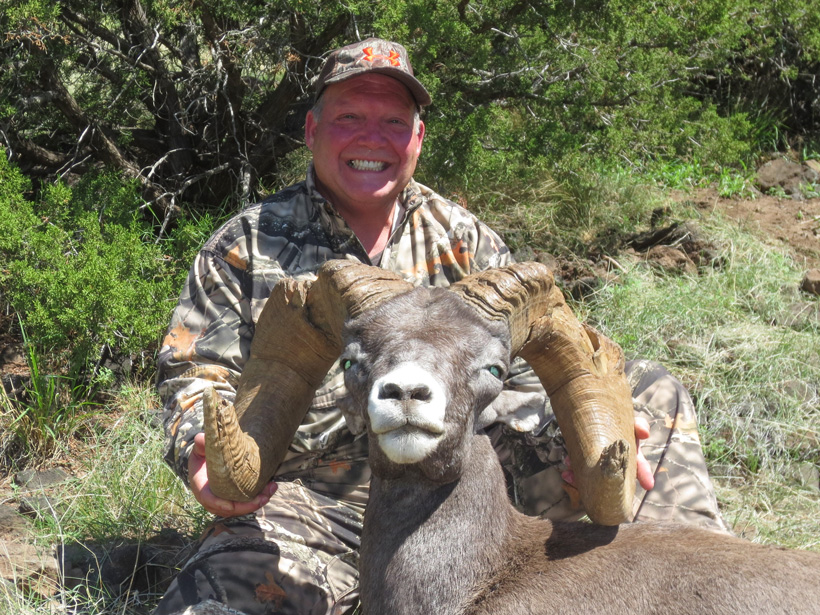 The next morning they relocated the ram and watched him until he bedded for the day. Quickly they planned a stalk and were soon looking down at the bedded ram at the base of a bluff. Tony made a great shot and harvested an old battered ram that scored 181 5/8” Pope & Young (P&Y), more than five inches bigger than the current state record archery rocky bighorn.

This year Tony purchased the Arizona statewide desert bighorn sheep tag. Andy and Sam started scouting in April and by July they had located two rams they felt would score over 180". On August 14 Tony arrived to start hunting and guides Scotty Dieringer and Wade Eckel along with friends Armondo Orona and Wyle Sollers joined on the hunt.

They hunted hard for a week with high temperatures ranging between 110 and 115 plus degrees. On a consistent basis they relocated both rams, but were unable to get close enough for a good shot with a bow. 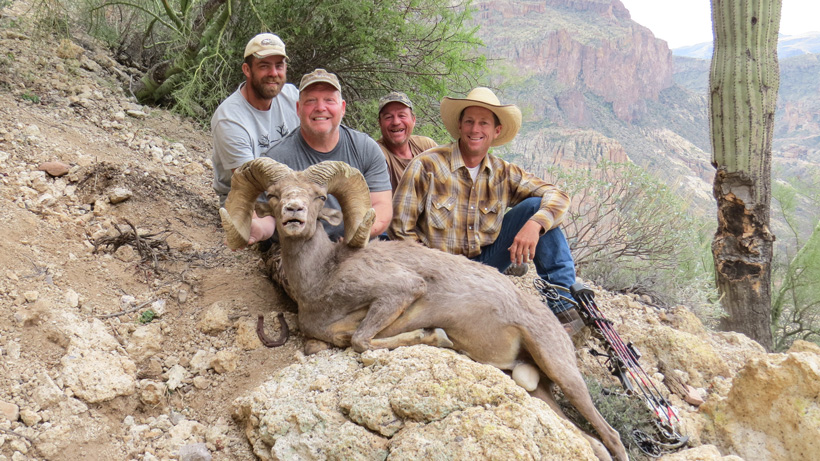 Tony returned in November along with Andy, Wade and Sam with high hopes of relocating the giant ram from August. Luck was on their side because shortly into the hunt they relocated one of the big rams. After a couple of attempts, Sam was able to get Tony under 30 yards of the bedded ram and he made a great shot. 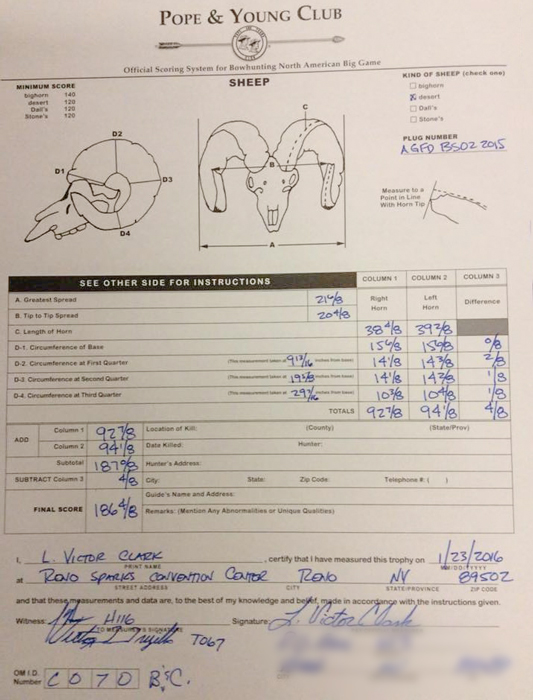 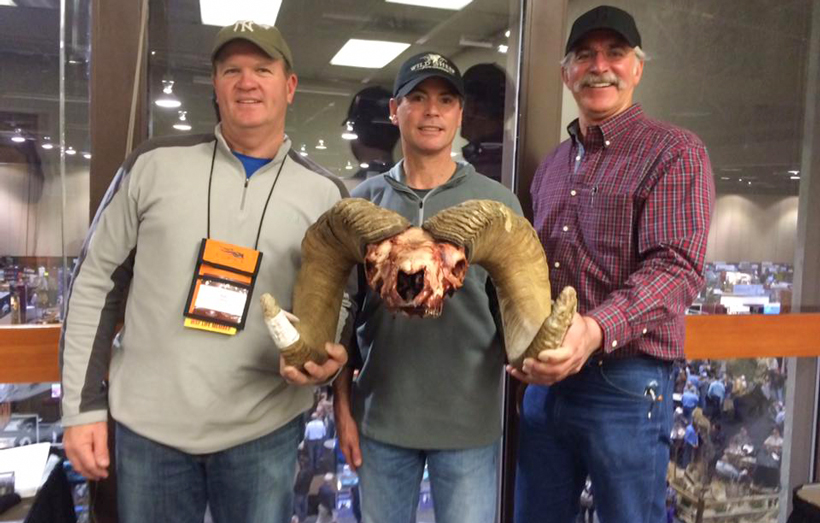 Tony Loops desert bighorn getting scored at the 2016 Sheep Show.

Tony's ram will need to be panel scored by a select number of official scorers at the 2017 national convention. If judged by the P&Y panel that the score holds up, it will be the new bowhunting world record.

In my opinion it is safe to say that Dieringer Outfitters has the big rams of Arizona figured out. Congrats to everyone on two amazing years of hunting sheep!