Congratulations, Shawn O’Shea on your new world record nontypical elk! Last weekend, the Pope & Young Club (P&C) convened a special panel of judges in Alberta, Canada to score the elk, which measured 449 4/8” and is now the largest bow-harvested nontypical elk in North America, according to a press release. 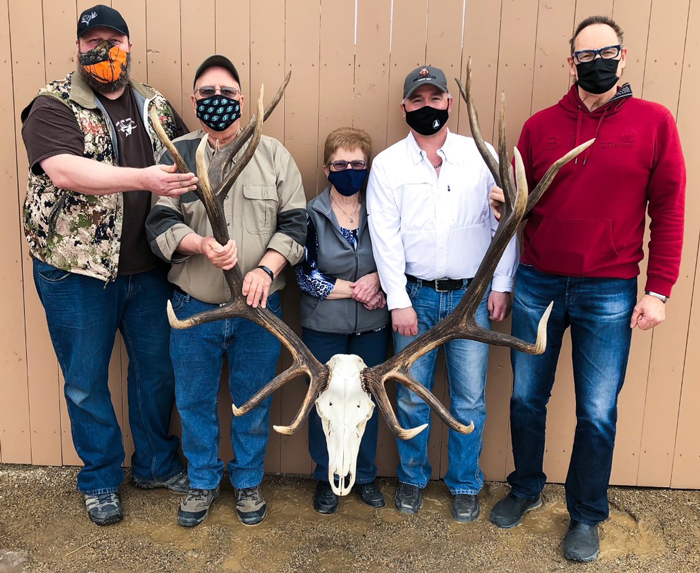 “Routine examinations of trail cameras rendered interesting snapshots of the nocturnal 8 x 7 bull elk,” said O’Shea. “As of yet it had not been seen in other hunts or scouting trips, and interest only grew as time went on like this. The few pictures caught by camera served only as teasers, you had to but look at the photos to realize the massive potential of this animal.”

“On the 13th (September), I heard him fighting with another bull and tried to get in close, only to be halted by the dark,” continued O’Shea. “Hoping to get a glance the next morning, I set out and was once again treated to a no show. The evening hike in proved promising at first due to an abundance of fresh bull rut activity. Once in place, I tried a few locator calls with no responses. I then set up in a ground blind near a frequently used trail with fresh sign. Eventually the bull appeared to my left at only 30 yards, seemingly planning his next move. He stood for 3 to 5 minutes, with the wind in my favor. In a compromising position, I waited until a draw would not spook the bull. He then closed the gap to 18 yards, and I was able to draw and make the shot count.”

P&C will display this bull during its annual convention in July in Reno, NV.