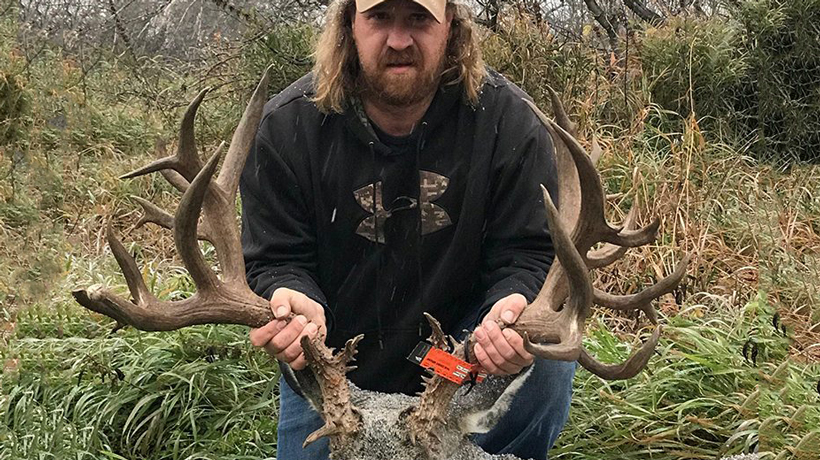 The Pope & Young Club (P&Y) recently named a new nontypical mule deer world record taken in Saskatchewan, Canada near the Arm River on Oct. 1, 2018. The buck, which was harvested by Dennis Bennett, has a 5x5 frame with 15 abnormal points on each side. Its gross score was 303 0/8, according to a P&Y press release.

A special panel of judges assembled in Regina, Saskatchewan, Canada earlier this month to view the monster buck. According to the books, Bennett’s buck bests the previous nontypical mule deer world record (shot by Kenneth Plank in 1987) by 16 2/8”.

“It was a pleasure to be part of the panel recognizing this beautiful non-typical mule deer from Saskatchewan as a New World Record,” said Eli Randall, who serves as the P&Y records director. “The pictures of this deer do not do it justice. This 291 1/8" giant will be a must see at our convention in Omaha, Nebraska April 10 to 13, 2019.”

According to P&Y, Bennett began his hunt on the morning of Oct. 1 and managed to get within 44 yards of this particular buck just as it was “startled by another smaller buck bedded close by.” However, later that afternoon, Bennett returned to where he believed the buck was bedded down. He had to stalk in almost 300 yards, but the wind worked in his favor, allowing Bennett to climb along the top of a hill and close the distance between him and the buck. Bennett shot the buck broadside at a mere 37 yards—but it wasn’t an easy shot. Bennett had to shoot down at “a steep angle and the arrow was a bit high.” That didn’t matter, though. The deer dropped and rolled about 50 yards from where Bennett stood.

Congratulations, Dennis Bennett, on such an amazing success!