Poll finds majority of Oregon did not support delisting of wolves 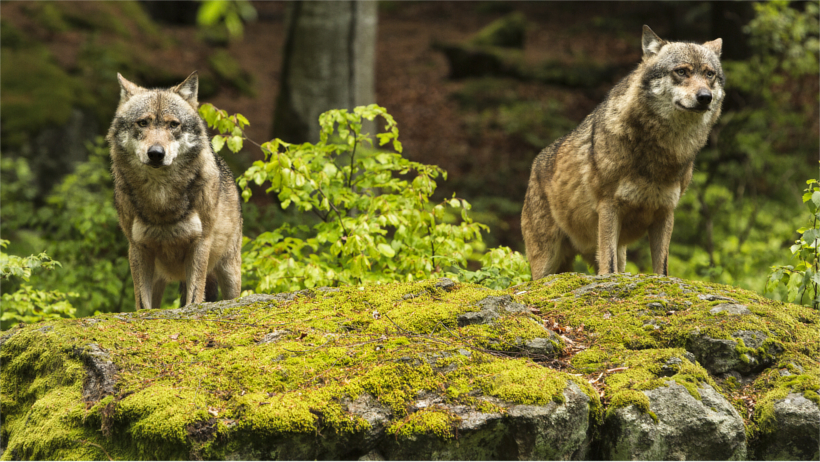 Last November, Oregon removed wolves from its endangered species list to the dismay of the majority of Oregonians. A recent poll commissioned by the Pacific Wolf Coalition and completed by independent contractor Mason Dixon contacted 800 residents from a variety of ages, political affiliations, etc., to determine Oregonian sentiment toward the current state wolf management plan.

The poll discovered that the majority thought that the wolves were removed too soon from the endangered species list. 72.8% were in support of non-lethal wolf management rather than permitting hunting of the wolves and 67.3% did not feel that wolves were a threat to the cattle industry, which is an issue that has been debated heavily within state government.

Arron Robertson, who is the communications coordinator for Oregon Wild, says that the proposed changes to the Oregon Fish and Wildlife Commission’s wolf management plan actually make it easier to kill wolves, which is why this poll is so important.

"What are the conditions in which the agency essentially deputizes hunters to go out and do wildlife management?” says Robertson. "And what we found in this poll was that Oregonians disapproved of the kind of management tools that the agency was proposing."

Yet, the Commission says that it will only allow wolf and cougar hunting on a limited basis, according to Jefferson Public Radio.  The Commission will hold another meeting to discuss Oregon’s wolf management plan on Dec. 2.

In the meantime, Oregon Wild along with the Center for Biological Diversity is attempting to reverse the state’s decision to remove the wolves from the endangered species list in court. The groups plan to use the poll results as proof that the state didn’t act appropriately and should keep the animals protected.

"There were a number of scientists that commented that the science wasn't rigorous enough and they had a number of concerns and those concerns were never addressed because there was no revision," says Robertson. "So the decision, which was based on a report that was never peer-reviewed, was in violation of Oregon law."