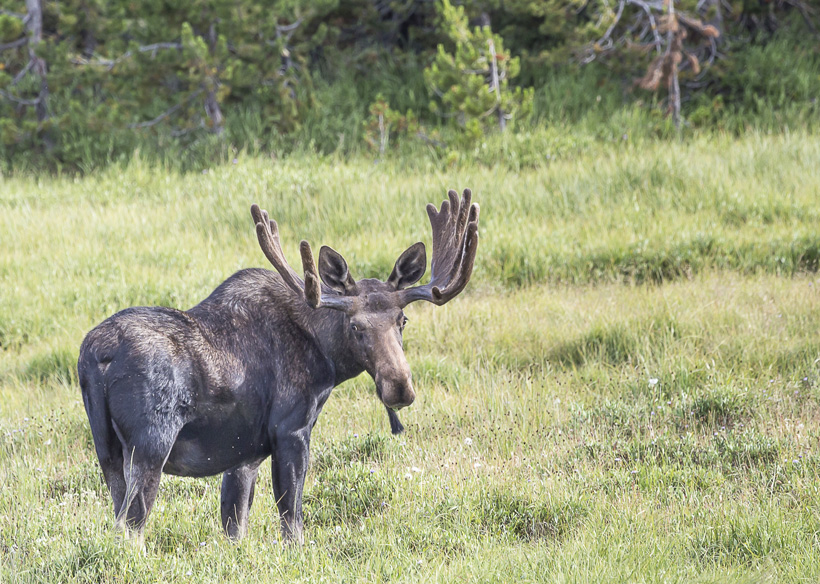 A Bozeman man, who already had a fairly lengthy criminal track record, recently admitted to two more crimes: killing a bull moose and a bull elk without a license last fall. Andrew Shields was already on probation for felony DUI and theft when he was charged with the poaching crimes.

According to the Bozeman Daily Chronicle, Shields was turned in by an acquaintance, who sent an email to Shields’ probation officer, reporting that Shields had illegally killed both last fall. The email provided the details of both incidents: the elk had been killed on a ranch in the southern Bridger Mountains with a bow and the moose with a rifle in the same area. An incriminating photo of Shields posing with the elk antlers was the icing on the cake.

Montana Fish, Wildlife and Parks (MFWP) officers that were in charge of investigating the allegations against Shields, located antlers and meat killed by Shields in 2014 as well as antlers from three mule deer bucks that Shields also admitted to killing without a license or special permit on his grandparents ranch in 2010, 2011 and 2013. The moose antlers found were nearly 48” wide. MFWP also found that Shields did not have a hunting license between 2002 and 2014.

Faced with several previous drug-related felonies, Shields opted for a plea bargain that dismissed a count of felony possession of dangerous drugs from a previous case and pleaded guilty to poaching both animals. He was sentenced to six months in jail and five years with the Montana Department of Corrections, receiving credit for 106 days already served. He was also ordered to pay $7,500 in restitution to MFWP and lost privileges to hunt, fish or trap in Montana for the rest of his life.