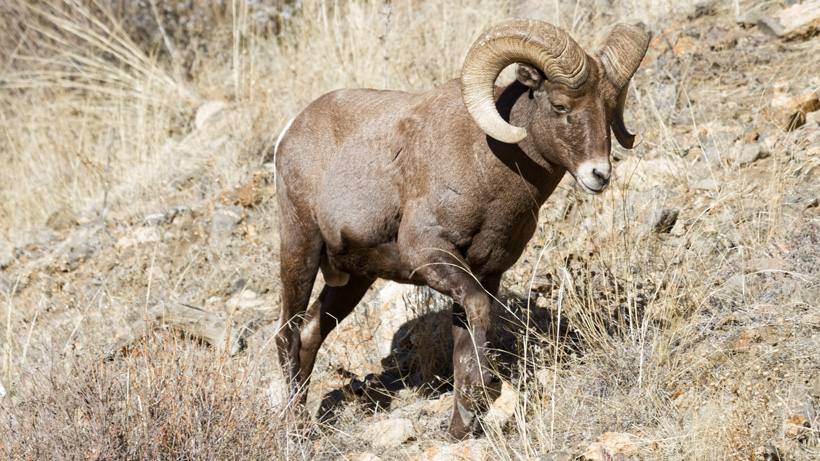 Nine bighorn sheep that were recently introduced into the Little Belt Mountains of Montana have died from pneumonia. Several other sheep within the same herd group have also been demonstrating symptoms of respiratory disease.

Bighorn sheep were common in the Little Belt Mountain Range before they were largely extirpated from the mountain range by the early 1900s. Montana Fish Wildlife & Parks and several partner organizations worked to translocate wild sheep to this area in 2020 and 2021 by capturing 83 bighorn sheep in the upper Missouri River Breaks and releasing them into the eastern Little Belts. All of the translocated sheep were fitted with GPS collars before release.

Pneumonia in bighorn sheep is often extremely fatal and can severely affect lamb survival in problematic areas. Mycoplasma ovipneumoniae, which is a bacteria that can be carried by wild and domestic sheep, is believed to be the primary agent associated with outbreaks of pneumonia in bighorn sheep. Typically, pneumonia outbreaks among wild sheep are linked to instances where domestic and wild sheep have cohabitated.

FWP biologists have closely tracked the movements of the translocated bighorn sheep in the Little Belts and found no evidence of wild sheep coming into contact with domestic flocks. However, tests of at least two bighorn ewes captured from the Missouri Breaks and moved to the Little Belts in December 2021 later came back positive for the respiratory disease. All of the sheep relocated to the Little Belts were tested for disease, but results weren’t available in time for the relocation.

Recently, FWP has not documented pneumonia in the upper Missouri River Breaks herds and will continue to closely monitor sheep in both areas.