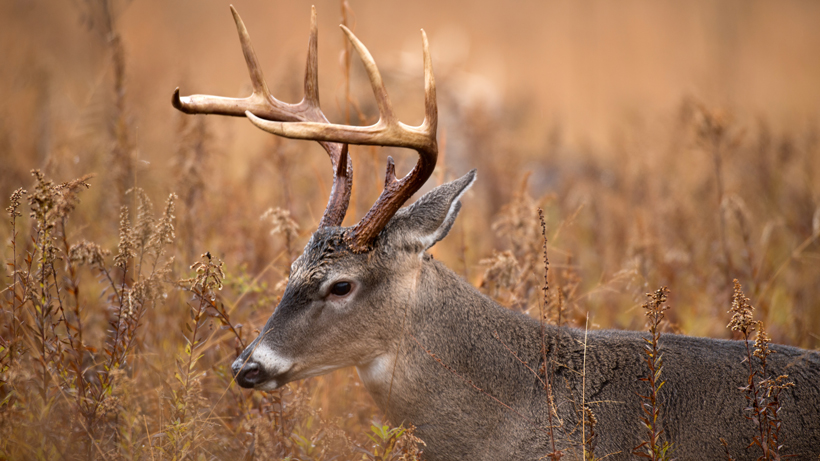 It was an exceptional deer season for Pennsylvania hunters. With a statewide buck harvest of 174,780 – a new record in the antler restrictions era – and a total of 435,180 deer harvested during the 2020-21 seasons, the state has experienced a banner deer year for the past three license years, according to a press release. In fact, according to the Pennsylvania Game Commission, the 2020-21 deer harvest was an increase of about 12% from the 2019-20 hunting seasons. And the total buck harvest for 2020-21 was up by 7% compared to the previous license year.

“About a quarter of the state’s deer hunters took a buck in the 2020-21 deer seasons,” said David Stainbrook, the Pennsylvania Game Commission’s Deer and Elk Section supervisor. “It’s a trend that hunters have maintained over the past three license years. The fact that we can maintain such high success rates on bucks year after year demonstrates the sustainability of the deer population in Pennsylvania.”

Those who harvested antlerless deer were equally successful. Hunters took 260,400 antlerless deer during the 2020-21 seasons – up 15% compared to the 2019-20 harvest number, according to the commission. During the past season, the Game Commission set specific antlerless allocations to decrease the deer population in Wildlife Management Units (WMUs) with confirmed cases of chronic wasting disease (CWD) to limit the prevalence of the disease.

“Obtaining an adequate deer harvest is essential in the WMUs in and surrounding the state’s Disease Management Areas (DMAs),” said Andrea Korman, CWD biologist. “Deer hunters remain the first line of defense in Pennsylvania’s continuing efforts to manage CWD. The harvest illustrates the cooperation we hoped hunters would provide to help where CWD threats are at their greatest in Penn’s Woods.”

Out of the antlerless deer harvests, 68% were does, 17% were button bucks and 15% were doe fawns, according to the press release.

“The Commonwealth’s antler restrictions have succeeded in providing more older bucks for Pennsylvania’s deer hunters,” said Game Commission Executive Director Bryan Burhans. “In place since 2002, they have transformed the smaller bucks that once dominated our deer harvests into a buck population that is the envy of deer hunters everywhere.

“Anyone who hunted deer before antler restrictions can see the results. But it’s important to recognize that these bucks are a product of a well-managed deer herd and their existence hinged on the willingness of deer hunters to support antler restrictions.”