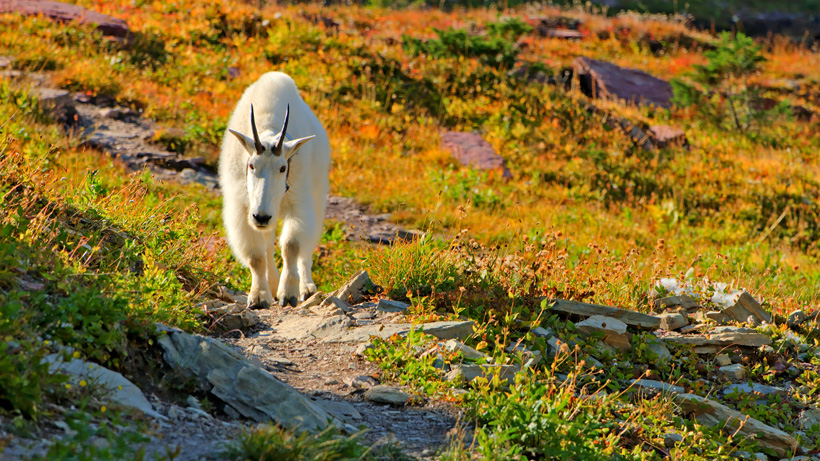 If you’re hiking around Mount Evans in Colorado, you might spot a mountain goat kid with a splatter of paint on its side. That’s because Colorado Parks and Wildlife (CPW) are using paintballs to mark this year’s offspring to keep tabs on them after an unknown disease nearly wiped out an entire age class of kids two years ago, Channel 9 News reports.

The current study, which began last year, is led by wildlife biologist Lance Carpenter and wildlife pathologist Karen Fox. Their mission? To figure out what is causing severe diarrhea in mountain goat kids in this region. To do this, they’ve been collecting fecal samples from nannies and their kids since June and plan to continue through October “Right now we are collecting some baseline information, so we are marking these goats with paintballs,” said Carpenter. “The paintballs that we hit them with don’t hurt the goats, but we individually mark each animal that we are tracking and we want to track these animals over time. The hope is to get some baseline information of what their feces contain - the bacteria, the viruses or if there are parasites - to help us understand what is going on.”

There are currently about 80 to 90 mountain goats within the Mount Evans region, according to Channel 9 News. With the mountain goats clearly visible thanks to the different colored paint, CPW will be able to keep tabs on them, which is important if another diarrhea outbreak occurs this fall.