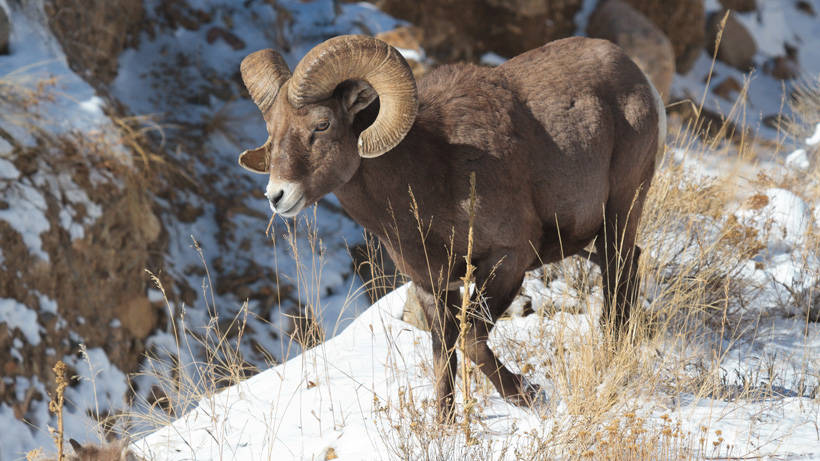 Wyoming’s Shoshone National Forest – home to some of the largest number of bighorn sheep within the nation – could prohibit the use of pack goats should a proposed rule change be approved. Officials claim that the pack animals have the potential to bring disease into key bighorn sheep habitat, which could have an impact on the core native bighorn sheep herds. The Forest Service’s Final Environmental Impact Statement and draft Record of Decision is under review and contains rules for the use of domestic sheep, goats and pack goats within the national forest, the Casper Star Tribune reports.

The rules, which were developed by the Forest Service and are subject to a 60-day objection period, were a result of a 2015 lawsuit. In 2015, the North American Packgoat (NAPA) and Idaho Wool Growers associations sued the Forest Service, saying they decided to ban domestic sheep and goats from some of its lands based upon a “flawed study.” Yet, the final ruling only ordered the Forest Service to pay court costs for both associations – not reverse the initial ban, according to the Casper Star Tribune.

Now, it appears that groups and the U.S. Forest Service have worked together to come to a compromise regarding this span of prime bighorn sheep habitat: blocking the use of pack goats within the Shoshone; however, the pack animals could be used in other areas once a permit system is established. Domestic sheep would be allowed to continue to graze on two current allotments.

“Overall, the Shoshone’s decision is a win-win for bighorn sheep conservation and goat packing, as the decision provides ample protection of bighorn sheep herds while still allowing recreational pack goat use on areas of the forest,” Andrew Irvine, a Jackson, Wyoming, lawyer who represents the NAPA, told the Casper Star Tribune.

The Shoshone National Forest is home to eight core native bighorn sheep herds, which account for roughly 4,500 of the 6,000 bighorn sheep within Wyoming, according to the Casper Star Tribune. These herds include the Clarks Fork, Trout Peak, Wapiti Ridge, Younts Peak, Francs Peak, Targhee, Jackson and Whiskey Mountain herds.

“This is the way we’re supposed to do business, especially in the West,” Steve Kilpatrick, executive director of the Wyoming Wild Sheep Foundation, told the Casper Star Tribune. “It demonstrates that we can get along if we sit down and talk.”