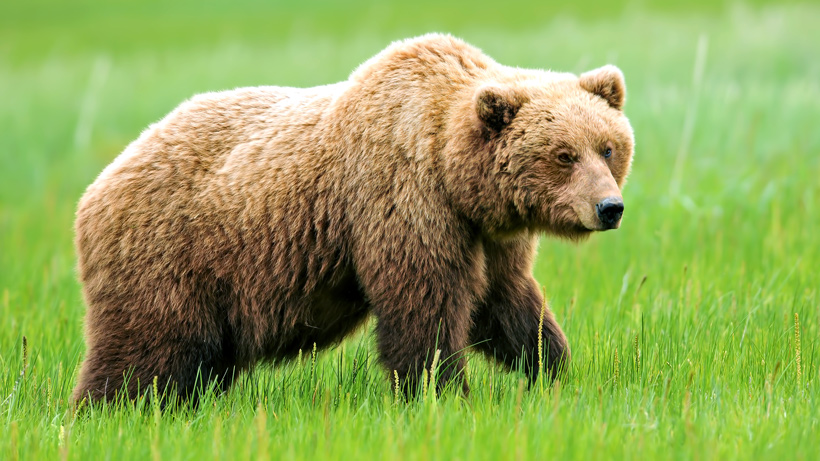 Over 7,000 people have applied for a chance at drawing one of 22 tags for Wyoming’s first grizzly bear hunt in 44 years. While many applicants are hunters after the once-in-a-lifetime hunt, others have applied for the tag in hopes of blocking the hunt completely. Jane Goodall, Cynthia Moss and members of a newly-formed campaign, “Shoot ‘em With A Camera, Not A Gun,” have also applied for one of the coveted tags. Yet, regardless of the excitement and backlash surrounding the planned hunt, the chances of drawing a tag will be incredibly slim.

“The drawing odds are going to be very low,” Wyoming Game and Fish Department (WGFD) spokesperson Renny MacKay told the Jackson Hole News & Guide. “There definitely were a lot of applications for very few licenses.”

Out of the 22 available licenses, up to 10 will be doled out one at time for those hunters who are “eligible to hunt in the six interior zones” – the main region where Wyoming grizzlies roam; the other 12 licenses are for Hunt Area 7 (HA7), the Jackson Hole News & Guide reports. The state manages the grizzly bear population within HA7 and is using the hunt to keep population numbers under control.

While 7,000 applicants may seem high, some resident hunters were surprised more didn’t apply, especially considering that it only cost $5 for residents and $15 for nonresidents to do so.

“I thought it would be in the twenty thousand,” said Joe Kondelis, director of the hunting advocacy group Western Bear Foundation. “Figure how many residents in the state of Wyoming have hunting licenses. And how cheap it was to get on the [interior hunt area] issuance list.”

Wyoming will complete its grizzly hunt draw by Aug. 2 and will run the draw exactly like other big game drawings.

“This is the same process we’ve been using for years, and it’s a random process,” says MacKay. “We definitely stand by that we’re going to do this ethically and fairly. Everyone who enters legally is going to have an equal chance of drawing.”