Over 300 miles of fencing removed to benefit Nevada antelope 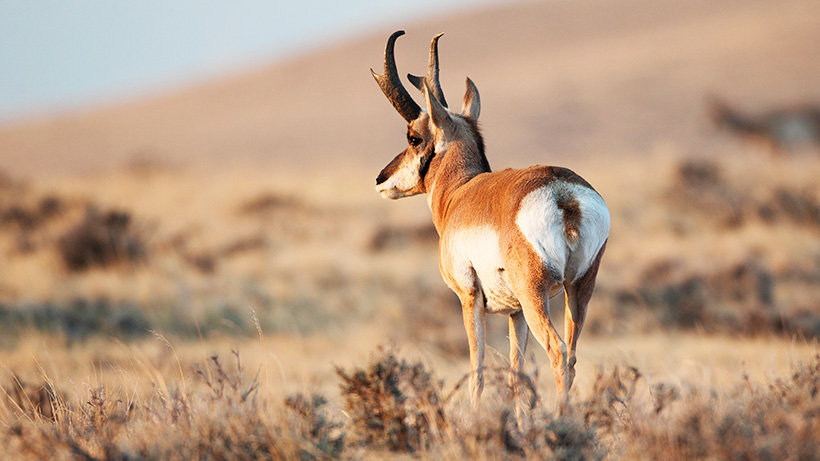 For the past decade, volunteers have worked to remove one of the major impediments facing antelope along the western landscape: barbed-wire fencing. And, in the Sheldon National Wildlife Refuge, over 300 miles of fence has been removed, resulting in about 1,000 square miles of fence-free habitat for the roughly 2,000 antelope in northern Nevada, according to the Nevada Independent.

The refuge was established in 1931 with the purchase of over 34,000 acres of the Last Chance Ranch by the Audubon Society and Boone & Crockett Club. Five years later, another 540,000 adjacent acres were combined with the initial 34,000, creating the Sheldon National Wildlife Refuge, which provides key habitat for antelope. Antelope are considered important indicators of ecosystem health due to their “migratory habits and far-reaching range,” according to the Nevada Independent. Prior to the 1800s, there were an estimated 40 million throughout North America; however, habitat fragmentation due to human encroachment as well as fencing for ranching and livestock resulted in a steep drop in numbers.

“When you're built for living on flat ground, largely, or rolling ground and running fast, fences are going to be a problem,” said Kelley Stewart, a wildlife ecology professor at the University of Nevada, Reno.

“The Fish and Wildlife Service told us, just get [the fences] out to the nearest road and we'll take care of it, but none of us had a grasp of what the volume of wire and posts would be,” said Pat Bruce, the stewardship director for Friends of Nevada Wilderness. “Initially this wildlife service thought they had about a hundred miles of fence, and to date we have taken out 343 miles of barbed wire fence.”

Friends of Nevada Wilderness has hired AmeriCorps service members for the past decade to remove fences during the summer while the Sierra Club and Audubon Society have also completed conservation projects every year for the past twenty, according to the Nevada Independent. The majority of the work was been funded through mitigation money from the Ruby Pipeline.