Over 1,000 bison removed during Yellowstone cull 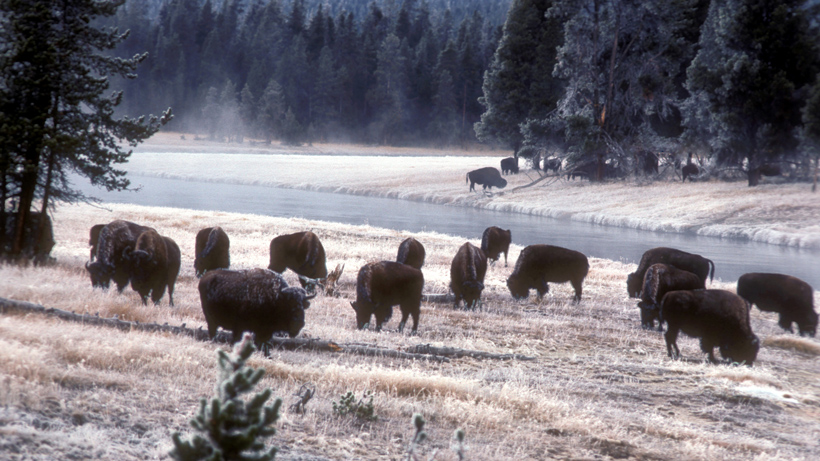 Yellowstone National Park has completed another bison cull, removing a total of 1,155 bison from the park. Typical culls allow for 600 to 900 bison to be removed, making this year’s cull one that mirrors the 2017 bison cull, which was one of the largest ones in almost a decade and removed over 1,200 animals. With an estimated 4,300 bison roaming the park following this spring’s calving season, park officials said in a statement that the bison population “will meet an agency goal of a population of less than 4,500 bison for the first time since 2012,” the Bozeman Daily Chronicle reports.

As goHUNT previously reported, these culls are a result of the current management plan, which calls for no more than 3,000 bison in the park; however, at the last population count, the number was roughly 4,800. Bison management is a collaborative effort between state, federal and tribal government and removal is a combination of hunting and ship-to-slaughter.

This time, 663 bison were shipped to slaughter and the meat was then donated to Native American tribes. 349 bison were harvested by “hunters licensed through six tribal nations and the state of Montana”; with an additional six bison “wounded and killed by government officials,” the Bozeman Daily Chronicle reports. 98 bison are currently quarantined to determine if they are infected with brucellosis, which, as goHUNT has previously reported, can be transmitted to elk and decimate entire herds. Once they are confirmed to be disease free, they will be relocated to another area. The fate of 31 calves is still up in the air. According to park’s spokeswoman Morgan Warthin, “the park will either ship them to slaughter or release them.”

While the cull is often controversial, especially due to the ship-to-slaughter methodology, which, unfortunately, usually takes care of the majority of the bison that need to be removed, it is necessary to maintain a sustainable herd within the park.