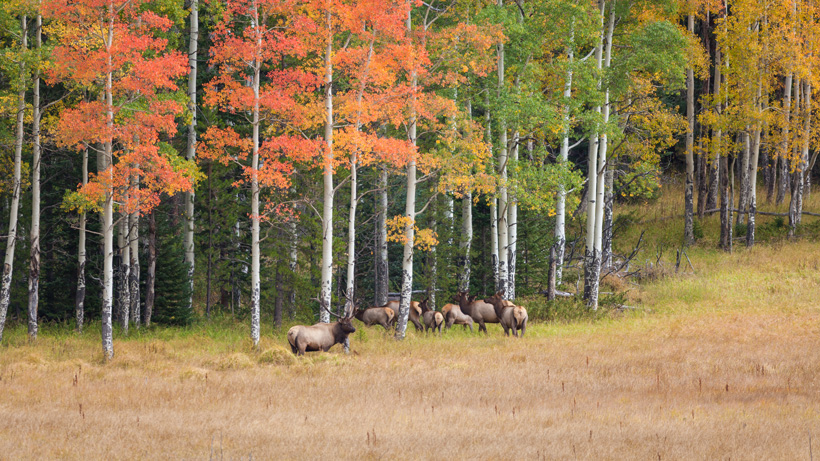 In and around Vail, Colorado, outdoor recreation is taking a toll on elk.  While habitat encroachment, fossil fuel development and predators are often to blame for a dip in wildlife population, this time it appears to be mountain bikers, hikers, backcountry skiers, ATV and Jeep enthusiasts and motorcycle riders. Yes, unfortunately, the rise in outdoor recreation in places like Yosemite National Park (where as many as 5 million people visit each year) has resulted in higher calf mortality among the elk that roam in these areas, High Country News reports.

Recent research has acknowledged that social media – and the sharing of more wilderness “hot spots”—has created this newfound interest in outdoor recreation, spurring on a 24/7 mentality about when, where and how to enjoy the outdoors. However, in Colorado, it’s always been popular. In fact, since 2009, trail use has more than doubled in Vail and some trails “host as many as 170,000 people in a year,” according to High Country News.

According to Bill Andree, who served as Colorado Parks and Wildlife’s (CPW) Vail district wildlife manager until he retired in 2018, “night trail use in some areas has also gone up 30% in the past decade” with more people “traveling even deeper into woods and higher up peaks” due to “improved technology and in part to escape crowds.”

One unit in particular, Unit 45, which is located in the peaks of the Colorado Rockies, has experienced significant population declines since the early 2010s. Bill Alldredge, a retired wildlife professor at Colorado State University, started studying the unit in the 1980s after ski resorts and trail systems began expanding in the area. He tracked the impact on elk calves through radio collars and discovered “about 30% of the elk calves died when their mothers were disturbed an average of seven times during calving,” according to High Country News. Further modeling found that if a cow elk was disturbed 10 times during calving, all the calves would die; however, eliminating the disturbances caused by outdoor recreation resulted in regular, healthy calves.

“If you’ve ever had a pregnant wife, and in the third trimester you chase her around the house in two feet of snow, you’ll get an idea of what she thinks about it,” said Andree.

In 2017, the Vail Valley Mountain Trails Alliance wanted to build a new trail through more of Unit 45’s elk calving area, which brought the issue of outdoor recreational disturbances to light. Andree asked that the trails not be made due to the impact on elk calving, noting that closing certain trails during the season wouldn’t be regarded by everyone.

As a solution, a trail ambassador program was created to ensure more signs were posted at closures and volunteers staked out trailheads to keep people away during the calving season. In 2018, it appeared to work well, according to High Country News. Will it continue to help? Only time will tell.