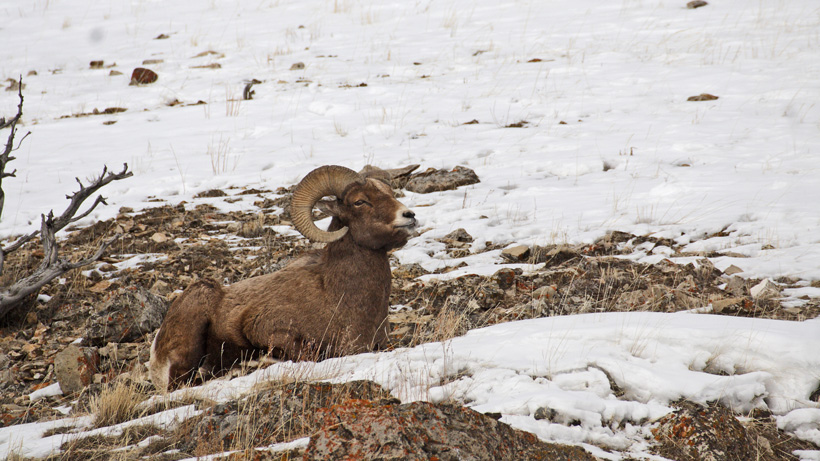 The Gallatin Wildlife Association (GWA) wants Montana to reassess its current management strategy for bighorn sheep within the state. The group argues that the current strategy hinders the growth and health of wild populations, which have maintained low numbers for years. GWA’s petition, which will be brought before the Montana Fish and Wildlife Commission on Dec. 10, pushes for “an overhaul of the state’s sheep management strategy” and seeks to cancel the single bighorn sheep hunting license for the Greenhorn Range south of Virginia City, citing too low of numbers of bighorn sheep to support hunting, the Ravalli Republic reports.

“The permit itself will get all the attention, but the question really is whether we’re managing for viable populations across the West,” Glenn Hockett, GWA president, told the Ravalli Republic. “The answer is no, we’re not.”

Rather, Hockett says that the petition seeks to boost genetic diversity within current herds, which would help with overall herd health. Bighorn sheep have suffered massive die-offs across the West due to bacterial pneumonia, a disease that wild sheep contract after contact with domestic sheep. While small herds exist in Montana as a result of disease, most herds never fully recover from it. Hockett believes that the current management strategy benefits livestock producers rather than bighorn sheep. Right now, management strategy only calls for a minimum of 125 sheep to make a “viable population;” Hockett says the state needs thousands for healthy herds, according to the Ravalli Republic.

“We’re managing to keep these populations small, and (given disease) that seems rational,” said Hockett. “There are risks to building connectivity but one of the first things to go when you get genetic depletion is resistance to disease. Being genetically connected, I think that’s the only way forward in the long term.”

GWA’s push for genetic diversity within bighorn sheep herds isn’t off the mark, but Montana Fish, Wildlife and Parks Game Management Bureau Chief John Vore said that the state approaches this sort of decision cautiously. He said that scientists are still trying to understand the types of diseases that wild sheep face and that “Montana has limited disease-free wild sheep available to transplant.”

“We have to weigh the benefits against the risk,” said Vore. “I will admit that at Fish, Wildlife and Parks we are being very conservative in our approach to sheep management because there is so much at stake.”

Regarding the push to repeal the single hunting license, Brian Solan, executive director of the Montana Wild Sheep Foundation, pointed out that many of the rams within that area are older and removing an older ram from the herd for conservation awareness wasn’t a bad thing. He’s also not entirely supportive of connecting herds for genetic diversity.

“We understand and support the 125 as a minimum to strive for; however,” said Solan, “there are just certain aspects of Montana’s disease profile that make the idea of interconnectivity not so great. It’s a major challenge.”