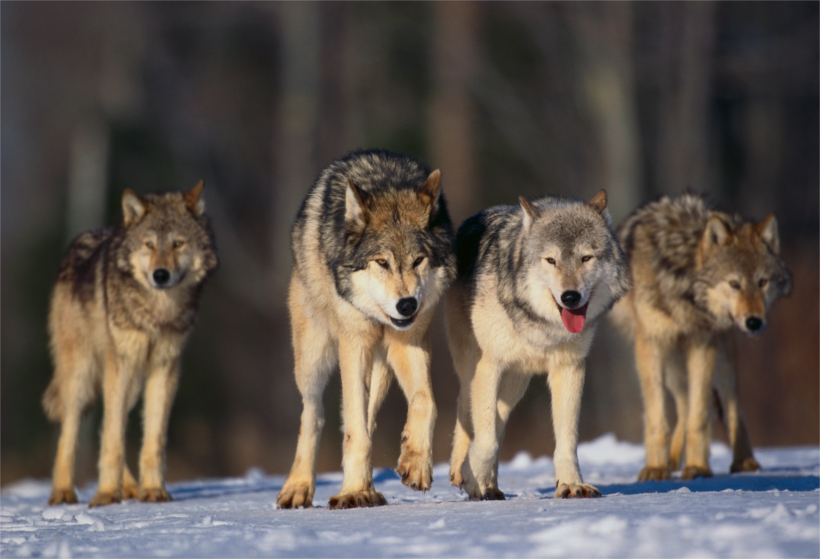 Oregon wolves are hearty and thriving. According to the state’s recently completed annual wolf count, current packs have grown by approximately 36% since last year and the minimum Oregon wolf population is now 110 wolves. The complete 2015 Wolf Report, which was released by the Oregon Department of Fish and Wildlife (ODFW) on Monday, bases the tally upon actual physical evidence of wolf presence (tracks, signs, trail camera footage and actual observation of wolf activities). This means that the current count, while close, is still not entirely accurate and that wolf pack numbers are actually most likely higher.

“As predicted, Oregon’s wolf population has continued to expand its range and grow in number,” says ODFW wolf coordinator Russ Morgan. “While northeast Oregon continues to have the highest number of wolves, there is also continued movement of wolves into southern Oregon.”

2015 found 11 confirmed breeding pairs with a total of 33 wolf pups born that survived through Dec. 31, according to ODFW. Biologists have also pinpointed what areas within the state wolves call home. These include Baker, Grant, Jackson, Klamath Lake, Morrow, Umatilla, Union and Wallowa counties. 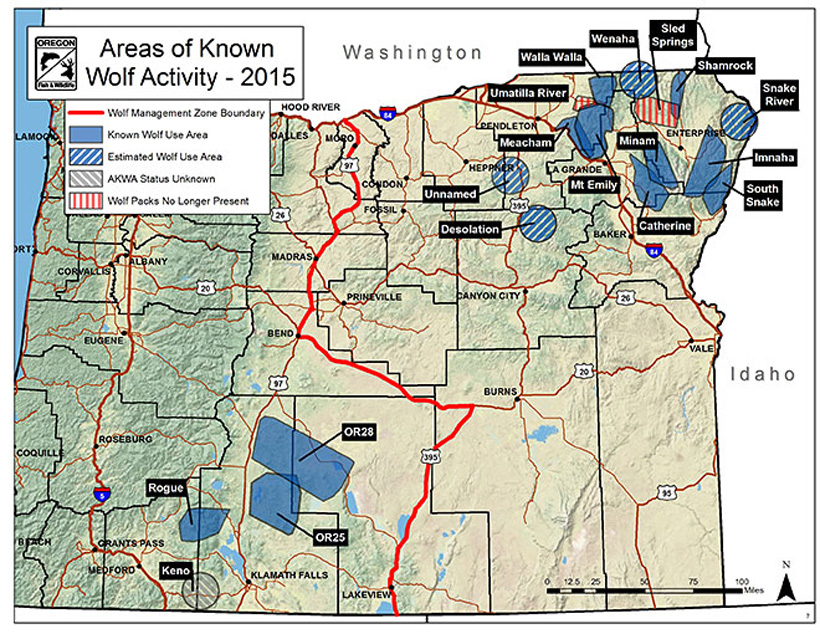 In November, Oregon voted to remove wolves from the state’s Endangered Species List. While the decision didn’t permit hunting of the animals, it did loosen rules for more lethal ways of managing wolves in the future. Yet, according to this recent report, depredation was down in 2015 despite an increased wolf population and only 29% of Oregon’s wolf packs were even directly involved in livestock depredation. In fact, according to ODFW, none of its officers, agents or private landowners had to kill wolves because of depredation. Wolves that died within the state during 2015 were either natural, accidents or illegally killed.