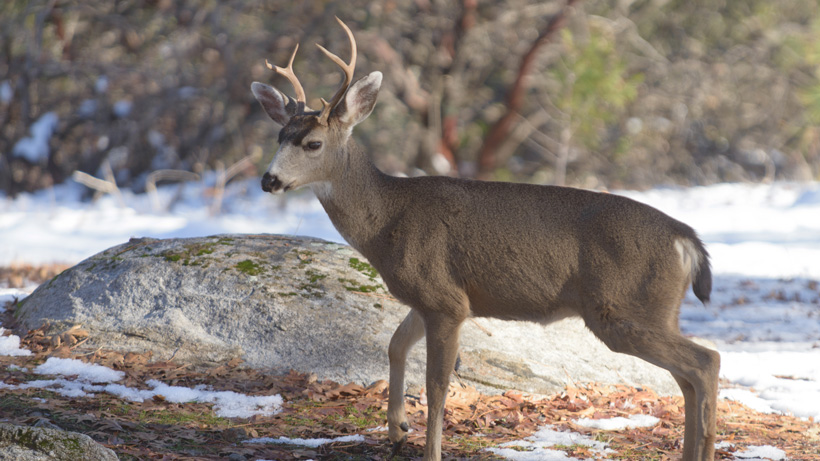 Oregon continues to unify against poaching. This week, the state announced a well-funded anti-poaching campaign aimed at reducing the number of illegally killed fish and wildlife. Armed with $4.4 million in funding, the Oregon State Police (OSP), Oregon Department of Fish and Wildlife (ODFW) and the Oregon Department of Justice (DOJ) is launching “a three-pronged statewide anti-poaching effort that unifies hunters and non-hunters” alike, according to My Eastern Oregon.

“This legislation creates new opportunities for us to combine efforts with our law enforcement and judicial partners to reduce fish and wildlife crimes,” said ODFW Director, Curt Melcher. “And most importantly, it will translate to improved fish and wildlife populations for the enjoyment of all Oregonians and our visitors.”

The campaign is a result of lobbying by the Oregon Hunters Association (OHA). Poaching has been a long-term problem in the state. According to the Natural Resources Defense Council, a six-year study in central Oregon discovered that poaching was responsible for 20% of the area’s mule deer deaths and in 2015 (the most recent poaching data available), there were “illegal killings of nearly 500 deer and more than 200 elk” along with 15 mountain lions, 19 bears and two wolves.

“We need to stop the poaching to save our precious wildlife resources, but also because it is unfair to true sportsmen, honest hunters and anglers who obey laws and bag limits and just want to enjoy a day in the field,” said Rep. Brad Witt, sponsor of the legislation and chair of the House Committee on Natural Resources.

According to My Eastern Oregon, $2.2 million will go towards supporting four new OSP fish and wildlife troopers plus another sergeant, bringing the total number of wildlife officers to 126 across the state. Funds will also be used to buy more trail cameras for remote areas or known poaching “hot spots.” Further, the state will add a “roving district attorney position” that can “reach out to jurisdictions across the state to assist in prosecuting wildlife crimes.”

“Having a dedicated fish and wildlife DA is beneficial because of the nature of wildlife crimes,” said OSP trooper Mark Schoenborn.

Another facet of the multi-pronged anti-poaching campaign includes an education and awareness component, which will be run by ODFW. Yvonne Shaw will lead the campaign. Her role is to “engage recreational users, hunters, anglers, landowners and special interest groups in a common goal to end poaching,” according to My Eastern Oregon. Creating a public awareness component is new and, according to Steve Hagan, the Northwest Director for OHA, important because it “will draw in recreation stakeholders” instead of just focusing on hunters and anglers.

“We never had the opportunity to broadly influence education in every county,” Hagan said “We never have had, in the past, a program or the staff to do that. Now with our populations changing and more people than ever recreating across the state, it’s important that we educate all Oregonians on how to recognize poaching when they see it. And to empower them to report the crime.”