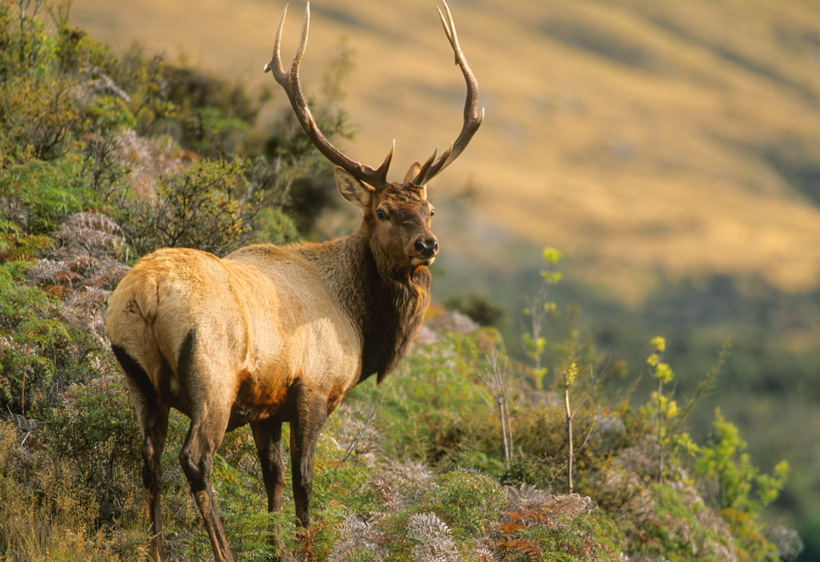 An Oregon teen has been convicted of poaching a large Roosevelt bull elk and two black-tailed deer last year in Jackson County and another faces four similar charges with a May 26 trial date. Unidentified tipsters turned in the two Eagle Point teenagers and will receive more than $15,000 as a reward for the tips that led to the conviction.

Austin Blake Burkett, 19, shot and left to waste a six-point elk and two black-tailed bucks. He was ordered to pay $17,000 in fines: $15,000 for the elk and $2,000 for the deer. According to Oregon State Police Lt. Kirk Meyer, the bucks were not considered trophies, which accounts for the lower fine. If the bucks had antlers of four points or more, the restitution would have been $7,500 for each deer. Burkett was also sentenced to two years bench probation and had his hunting privileges suspended for three years, according to the Mail Tribune.

Both men were accused in multiple poaching cases in the Lake Creek Road area last fall where several deer and one bull elk were killed with their heads removed and the rest of the body left to rot.

Officials are unsure if the large reward was the reason behind tips to help the police solve the case, but are thankful that the tips allowed them to trace the poaching back to Burkett and Cochran.

"It's hard to say," says Meyer. "I don't know whether the tipster or tipsters would have called in anyways. But if someone has doubts, that kind of reward could make the difference."

Reward money came from the Humane Society of the United States, the C2 Ranch (where one of the animals was shot) and the Oregon Hunters Association.