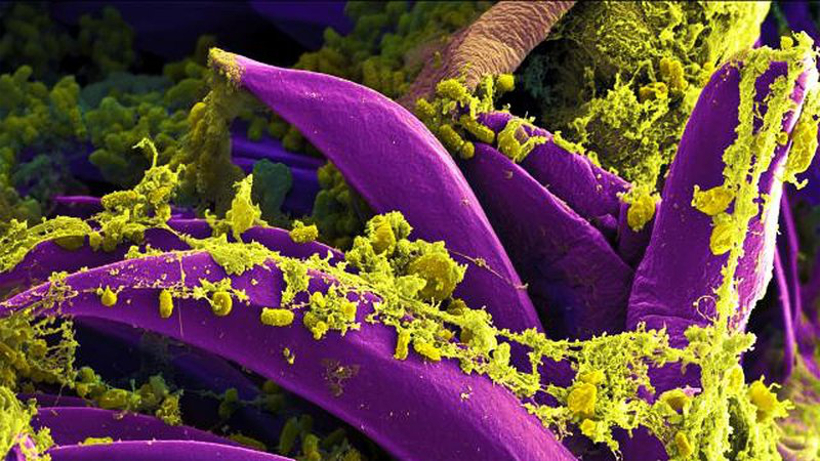 Any hunter walking through the woods is aware of the typical hazards that can happen: running into bears or other predators, getting lost in the woods or becoming stuck in a torrential downpour. No one expects to catch the bubonic plague, yet an Oregon teen has contracted the historic illness from a flea during a hunting trip in October. She is expected to recover, but has been hospitalized since Oct. 24.

The plague is carried by squirrels and other rodents and spread by their fleas. It is an infectious bacterial disease that is combated by antibiotics and while a vaccine is available, it isn’t widely used, according to NPR.  This is one of only eight cases in Oregon over the past 20 years. Four cases were reported in Colorado last year. Centers for Disease Control and Prevention notes that nationwide, “an average of seven human cases are reported each year.”

"Many people think of the plague as a disease of the past, but it's still very much present in our environment, particularly among wildlife," Emilio DeBess, DVM, state public health veterinarian in the Public Health Division's Acute and Communicable Disease Prevention Section, told the Statesman Journal. "Fortunately, plague remains a rare disease, but people need to take appropriate precautions with wildlife and their pets to keep it that way."

While Oregon authorities are not releasing the name of the young hunter, People for the Ethical Treatment of Animals (PETA) still got wind of the situation and opted to use the incident as a publicity tool. The teen hunter has received a care package containing vegan snacks and a letter from the president of PETA, asking her to reconsider hunting and, instead, consider how the hunted animals feel. A complete copy of the letter is reproduced below:

To the young woman recovering from bubonic plague,

I'm writing on behalf of People for the Ethical Treatment of Animals (PETA) and our more than 3 million members and supporters, including thousands across Oregon. Please accept this care package filled with vegan items, which we hope you'll enjoy when you're able. We'd also like to send our deepest wishes that you make a speedy, full recovery. Many of us have teenagers in our own families and would absolutely hate for this to happen to any of them, so we're really rooting for you.

This terrifying ordeal may have a lifelong impact on how you see the world. As you're striving to overcome this disease, we wonder if you might also consider permanently laying down your weapons and vowing never to attempt to harm and kill another living being again.

Hunted animals feel pain and suffer in the same ways that you and I do, and their sisters, brothers, mothers, and friends grieve their loss, much like your family must have feared losing you. As you probably realize, many animals are shot and injured but not killed outright, and many endure prolonged, painful deaths from infection, blood loss, or starvation.

We hope some good will come out of your ordeal and that you'll decide to choose to enjoy nature in nonviolent ways. Thank you for thinking about this important issue, and again, we wish you all the best during your recovery.

We hope the teen hunter has a full recovery and doesn’t let the illness or PETA’s pushiness affect her decision to hunt in the future.