Oregon poachers sentenced for beheading bighorns on I-84 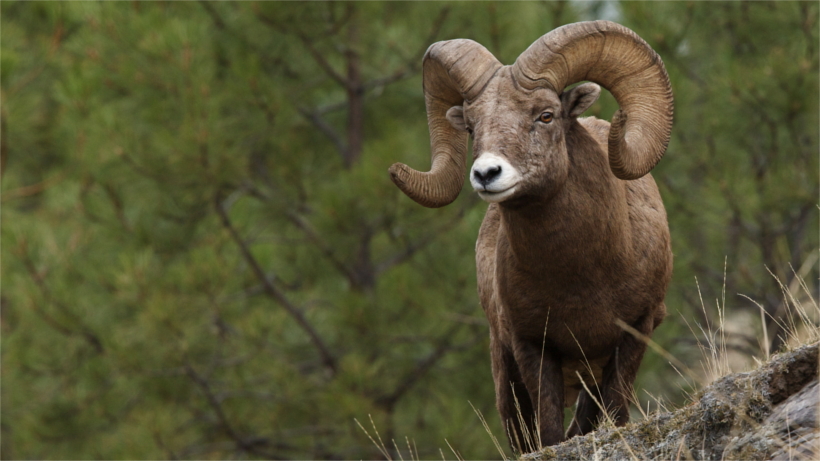 Last April, Justin Samora and Cody Plagmann were arrested after beheading two bighorn sheep near Interstate 84 in Oregon. The two were caught in the act by motorists and, once police arrived at the scene, they found one man inside of a vehicle while the other hid in the brush down the road. As goHUNT previously reported, officers found the severed heads of two bighorn sheep rams; their bodies discarded and left to waste. Troopers believed Samora and Plagmann only wanted the heads for trophy mounts. Both men were arrested immediately.

Last week, both men pleaded guilty to unlawful possession of bighorn sheep. Plagmann, the ringleader of the operation, must serve 40 days in jail; both men were sentenced to a year of probation and lose hunting privileges for three years, must complete 40 to 80 hours of community service and pay fines ranging from $1,500 to $2,000, The Oregonian reports. Yet, because Oregon recently increased penalties for a number of different species in an attempt to curb poaching and illegal hunting activities, it’s possible that Plagmann and Samora will have to pay another $25,000 in restitution for their crimes.  A judge in Gilliam County is still deciding whether they will have to pay.

Oregon is home to roughly 4,500 bighorn sheep. Harvesting one is considered an once-in-a-lifetime experience and is one hunt many hunters don’t ever get the chance to go on. Only 85 tags were handed out via state lottery last year and over 21,000 hunters vied for the chance at a tag, according to The Oregonian.

“Most sportsmen and women would not even consider [poaching],” Sen. Arnie Roblan (D-Coos Bay) told The Oregonian.  “We have a real hunting ethic in the West. This is one of those things where turning someone in is a real positive.”