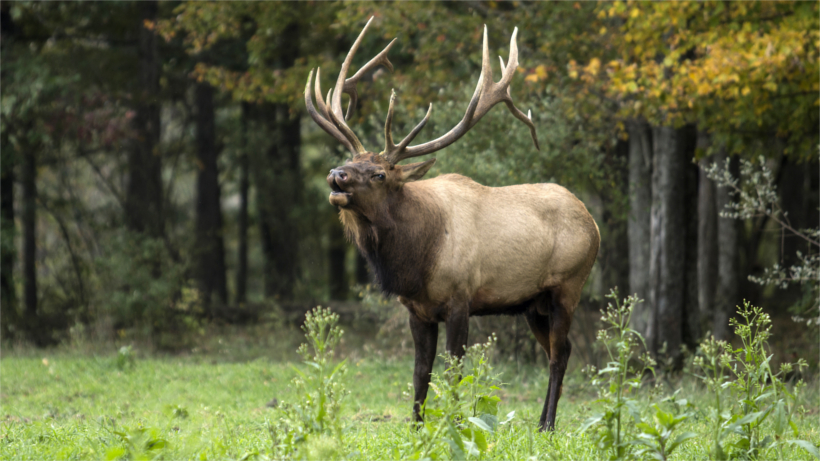 Two men are guilty of poaching a bull elk in Oregon after posting a photo of their “successful harvest” on the Oregon Big Game Hunting Facebook page. Why David Maxfield Jr. and Allen Boal thought this was a good idea, no one knows, but the photos did prompt Oregon State Police troopers to run Maxfield Jr.’s name through the state fish and wildlife database. As it turned out, Maxfield Jr. didn’t have the proper tag to legally kill the bull elk, resulting in an investigation that found both men guilty.

The bull was illegally killed in the Kings Valley area last August. Maxfield Jr. and Bowl grabbed the head and antlers, but left the rest of the animal to rot. According to The Oregonian, Maxfield admitted to the crime during the interrogation and both men agreed to a plea deal, which means that they lose hunting privileges for three years along with a year of unsupervised probation and must pay $7,600 in fines. Maxfield Jr. will also have to perform 40 hours of community service and forfeit both the weapon used (bow and arrow) as well as the elk’s head and antlers to authorities.

Boal has a previous wildlife conviction.

The photos were posted to the Facebook page, which has 6,883 members, on Aug. 31. Members use the Facebook community to share harvest photos and tips. Maxfield Jr. apparently didn’t think his illegal kill would be caught, but, The Oregonian reports, ended up admitting to poaching the elk fairly quickly once confronted.

“It was a great catch by our trooper,” Sgt. Kaipo Raiser of the state's wildlife enforcement division told The Oregonian. “He confessed pretty quickly.”

Do you think this was a fair punishment for the crime?