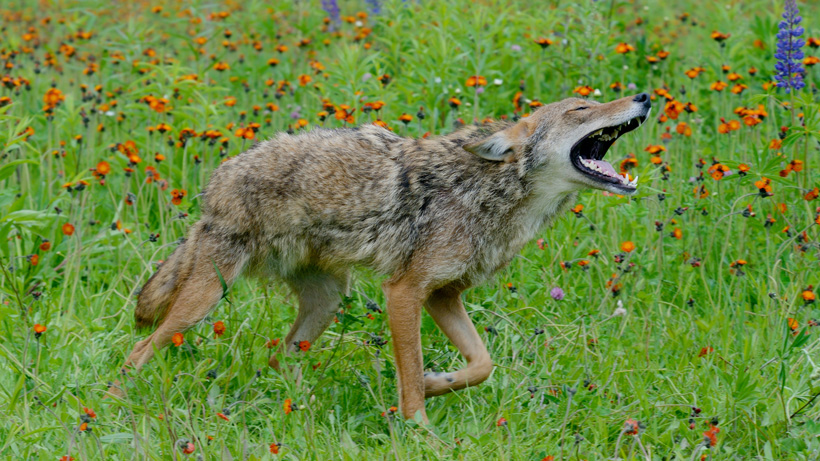 Coyote contests could be tabled after the Oregon Senate passed Senate Bill 723 (SB 723) 17 to 12 earlier this week. SB 723 outlaws “coyote hunting contests, competitions, tournaments or derbies for prizes or other inducements,” KTVZ.com reports. Hunters who participate in these types of activities would also be required to “forfeit remains of coyotes killed” to the Oregon Department of Fish and Wildlife (ODFW).

“Nothing in this bill precludes the hunting of coyotes, nor does it create any impediments to farmers and ranchers protecting their livestock from depredation,” said Sen. Michael Dembrow (D-Portland), a sponsor of the bill.

“It simply puts an end to a blood sport – in which prizes are given to those who can produce the greatest number of dead animals, often with premiums given to those who are able to kill the biggest – which many see as deeply antithetical to the values of ethical hunting that this Legislature has fiercely defended for many years.”

Coyote contests—and bounty hunts—have been held in various states as a way to keep the prolific populations under control; however, in Oregon, where a handful of contests have been held recently, that will no longer be the case. Lawmakers became aware of the “blood sport” competitions after a contest was held in 2018 in Harney County; participants competed for prizes and the winner was decided based upon “the cumulative weight of the coyotes’ dead bodies,” according to KTVZ.com.

“Oregon’s wildlife is held and managed in the public’s trust and, as such, coyote killing contests violate the spirit and tenets of responsible stewardship, sportsmanship and respect for the public's wildlife,” said Oregon Humane Society Senior State Director Kelly Peterson.

“Motivated by the financial rewards of killing the most or heaviest coyotes, participants are not likely to abide by the rules and values embraced by ethical sportsmen and sportswomen. Therefore, there is a compelling state interest in ending coyote killing contests to prevent animal cruelty, uphold the state’s longstanding hunting tradition of respect for the hunted, and to protect our wildlife from non-science-based, mass killings that are likely to be viewed as barbaric, cruel and wasteful to the majority of Oregonians.”

ODFW does not regulate coyote hunting within the state because they are defined as predatory animals, according to KTVZ.com. There is no limit on the number of coyotes that can be killed by a single person and they can be killed on private property without a hunting permit (hunters still need permits to hunt them on public land).

“As a state, we should be above promoting blood sports involving any animal,” said Sen. Jeff Golden (D-Rogue Valley), another co-sponsor of the bill. “The sportsmen I know in rural Oregon wouldn’t begin to support slaughtering animals by volume for nothing more than the thrill of the kill and the chance to take home some award for their den wall.”

SB 723 now moves on to the state House for consideration.