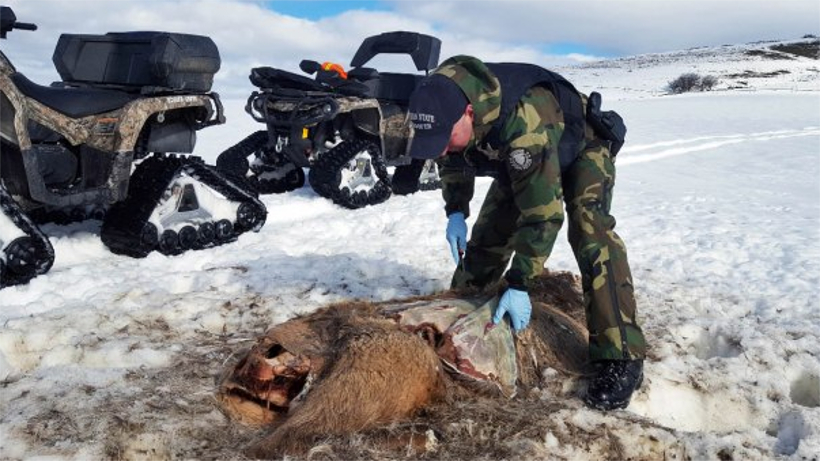 What happens when a poacher doesn’t get caught the first time? He does it again. And again. And again. Oregon State Police cracked an elk poaching case on April 8 after finding 25 elk carcasses on Larry Harshfield’s property. The 69-year-old man was immediately arrested and is currently awaiting trial from the Wallowa County Correctional Facility in Oregon.

Harshfield was promptly arrested and faces 12 counts of unlawfully taking elk in a closed season as well as 12 counts of wasting an elk, KOIN6 reports; however, he could actually face more charges because of the 13 elk found on the adjoining property. It’s expected that Harshfield will pay hefty fines and restitution for the poached animals as well as lose his hunting and trapping privileges.

Stay tuned to goHUNT for more details as they are released.