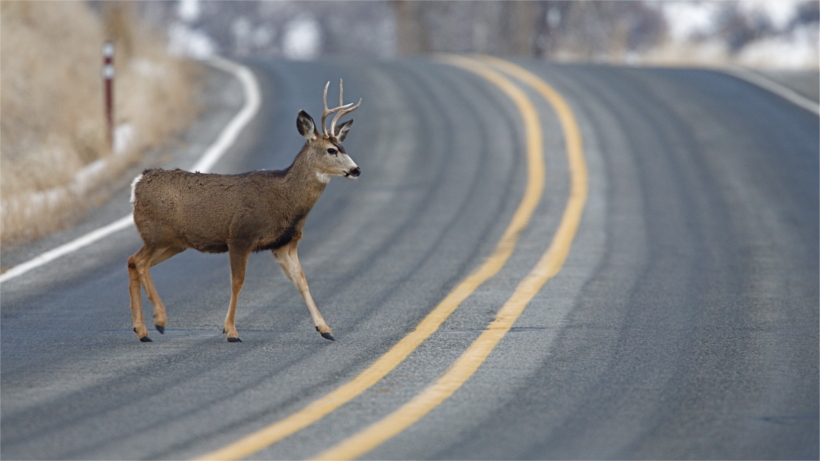 Increased suburban sprawl equals more vehicles that animals have to contend with in order to follow natural migration routes. Because migration is essential to animal survival – both for over wintering and breeding – many states are taking action to create safe migration corridors for wildlife to use. Mule deer, in particular, can migrate hundreds of miles between their summer and winter ranges. Oregon has recently joined its neighboring states to provide a solution for mule deer to have safe passage over busy highways.

According to The Bulletin, U.S. Highways 97 and 20 are particularly troublesome to mule deer migration because of increased traffic across both highways; peak travel season can mean more than 20,000 vehicles traverse these roads daily. The impact on wildlife within these travel corridors haven’t gone unnoticed by state authorities and, in 2012, a Oregon Department of Transportation project widened U.S. Highway 97 to include wildlife fencing (four miles long by eight feet high), two underpasses and four wildlife escape ramps.

Yet, some believe Oregon could do more.  Last year, a group called Protect Animal Migration (PAM) formed to provide education and outreach within the communities where mule deer migrate. PAM says that “mule deer habitats are shrinking” due to “develop and loss of cover” as well as “connectivity between their summer and winter habitats,” according to The Bulletin. Creating a protected area for migration not only helps the herds, but lessens the number of animal-vehicle collisions per year, which, according to The Bulletin, is nearly 1,000 annually in the Bend, OR area.

“These crossings pay for themselves,” PAM founder Suzanne Linford told The Bulletin. “They support the sportsman’s economy, they reduce taxes and insurance. And they prevent the animals dying broken, in horrible pain.”

Other states have already jumped on the bandwagon to create wildlife crossings. In particular, Wyoming has made safe migration corridors a priority.