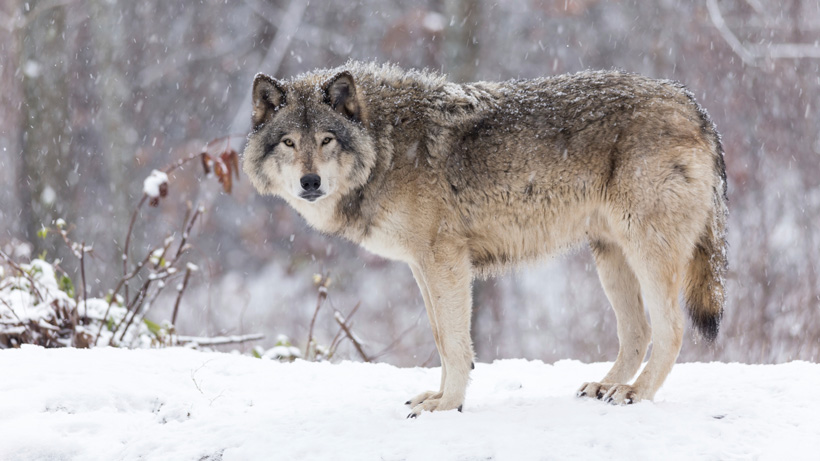 Thanks to quick thinking, an elk hunter is alive following a wolf attack. The 38-year-old solo hunter says that he was hunting in the Starkey Wildlife Management Unit in Oregon when he noticed animals circling his hunting spot. While he assumed that they were coyotes, he didn’t get a clear view until after he had killed the one who ran directly at him, according to the report.

The hunter said that his shot caused the other two animals to flee and he quickly returned to camp to tell the others what happened. When they returned to the scene of the crime, the hunter realized that it wasn’t a coyote after all; it was a wolf. He immediately contacted the Oregon State Police (OSP) and the Oregon Department of Fish and Wildlife (ODFW).

An OSP Fish and Wildlife Trooper and an ODFW biologist investigated the incident on Oct. 27, discovering that the animal shot was indeed a wolf. The investigation found that the hunter was 27 yards from where he shot the wolf and where the animal died, according to ODFW.

As goHUNT has previously reported, Oregon wolves have made a major comeback and some problem wolves have had to be lethally removed after multiple run-ins with livestock. The fact that the hunter shot in self defense while in a backcountry location shows that wolves can be a danger. This particular wolf was an 83-pound female that officials linked back to the OR30 pair of wolves that roam the Starkey and Ukiah Wildlife Management Units in Union and Umatilla counties.

“Dangerous encounters between wolves and people are rare, as are such encounters between people and cougars, bears and coyotes,” said Roblyn Brown, ODFW Acting Wolf Coordinator, in a press release. “They will usually avoid humans and leave the area when they see, hear, or smell people close by. If you see a wolf or any other animal and are concerned about your safety, make sure it knows you are nearby by talking or yelling to alert it to your presence. If you are carrying a firearm, you can fire a warning shot into the ground.”

State law makes it illegal to kill a wolf “except in defense of human life (and in certain instances involving wolf depredation of livestock),” ODFW reports. The hunter will not be charged as it was determined by the Union County District Attorney’s Office that he did actually shoot the animal in self-defense. This is the first time since the late 1990s that a wolf has died this way.