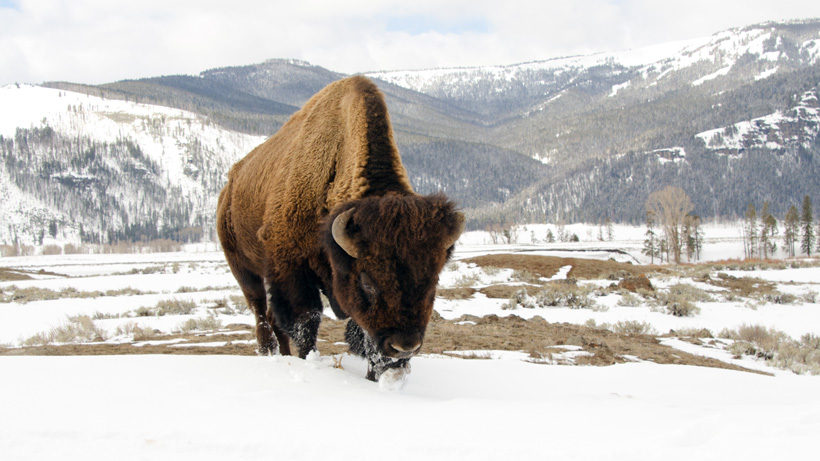 Thanks to a tip from a pair of bison hunters, the National Park Service (NPS) caught the couple responsible for poaching a bison in Grand Teton National Park (GTNP) last December. Oregon residents Gary and Laurie Washington have pleaded guilty to the crime. Gary has been convicted of violating the Lacey Act; Laurie has been charged with the illegal take of wildlife.

Yet, without the tip, GTNP rangers may never have solved the case. According to the NPS press release, two bison hunters stumbled upon a gut pile at the end of Elk Ranch Road along with a “drag trail in the snow originating in [GTNP].” The park ranger and state wildlife warden who investigated the crime scene discerned that it had been a fresh kill; the head, hide and meat were missing from the area.

Details of the investigation show the level of skill used to link the crime to the Washingtons. According to the NPS press release, officers traced the kill to the day before based upon snowfall and other evidence. Tracks at the scene showed that the Washingtons made the kill before heading out to get a UTV to retrieve the animal and field dress it outside of the park boundaries before bringing it back to a campsite on the Spread Creek Road.

Once investigators connected the Washingtons to the crime, they admitted to poaching the bison. They turned the bison skull, hide, meat and other evidence over to authorities. Fortunately, the Wyoming Game and Fish Department was able to donate several hundred pounds of recovered bison meat to those in need.

The Washingtons were individually fined and sentenced. Gary was ordered to pay $8,025 while Laurie only had to pay $35 for a court processing fee; both were sentenced to three years of unsupervised probation and a world-wide hunting ban through 2017, according to the NPS press release.