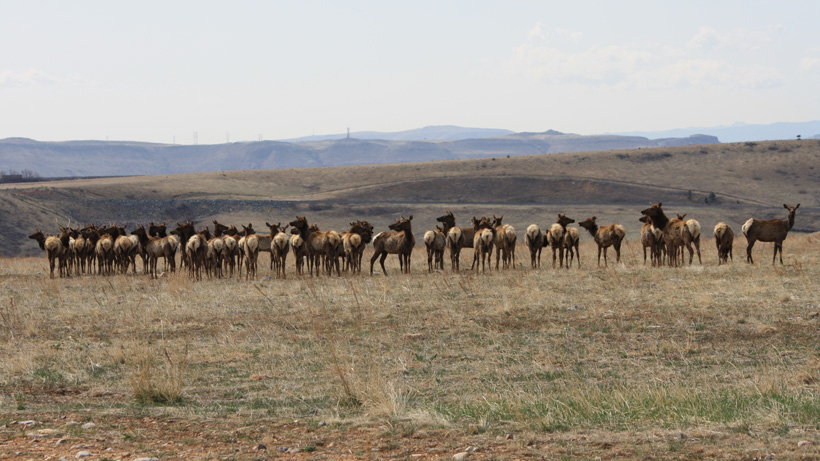 An Oregon couple were recently sentenced for poaching elk in December 2021 in Harney County. Chris and Stephanie Lardy were convicted of multiple wildlife crimes after firing 30 to 40 shots at a fleeing elk herd along Highway 395, according to USA Today.

While the couple had four tags for late-season antlerless elk and legally tagged two cow elk, they left two calves, two cows and a spike bull “rotting in high-country sagebrush” and “allegedly wounded” an additional elk with their erratic shooting that officers could not find, according to the Oregon Department of Fish and Wildlife.

Witnesses reported the blue and white suburban spotted in the Juniper Unit on Dec. 11, 2021 to the Turn In Poachers (TIP) line. With the vehicle description in hand, ODFW was able to link the Lardys to the crime after a traffic stop the following day and they were able to collect enough evidence that proved that the driver of the vehicle traveled roughly 300 yards through sagebrush to shoot at the herd and then continue driving an additional 400 yards to shoot again, including the wasted animals and the gut piles for the two cow elk they took. 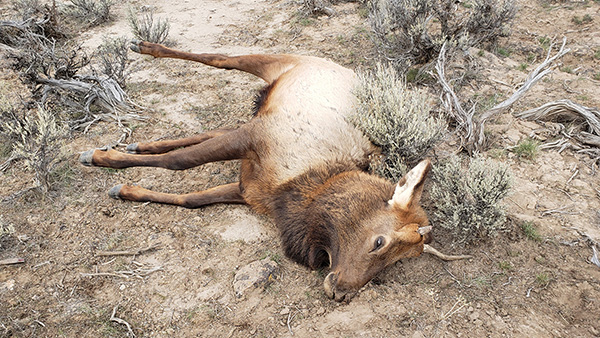 Chris Lardy was convicted of taking a bull elk out of season and exceeding the bag limit while Stephanie Lardy pled guilty to aiding/counseling in a game violation, according to ODFW.

“Each hunter is responsible for every round they fire,” said Oregon State Police Fish and Wildlife Sergeant Erich Timko. “And hunters have a responsibility to make a reasonable effort to track and retrieve potentially wounded wildlife. This is a prime example of when that is not done. These are egregious results. However, even more so on antlerless hunts, it can be difficult to pick one specific animal and stay on target. And at times, you must make that decision not to fire unless you are 100 percent positive you are shooting at that animal. If you cannot be 100 percent positive of your target, then you have responsibility not to take that shot.”

Along with paying $2,500 in fines and restitution fees, there’s an interesting twist to their sentence: Chris Lardy is required to write an apology letter and publish it in his local newspaper, the Burns Times-Herald. He will also serve six days in jail, 18 months of bench probation and cannot participate in any hunting activities for three years.

“There are so many facets of wrongdoing in this case,” said ODFW Big Game Program Manager Brian Wolfer. “These people acted in blatant disregard for the elk, hunting laws and basic hunting ethics. To chase the elk with a vehicle and then leave five elk to waste because they didn't check to see what they may have hit is almost unbelievable.”