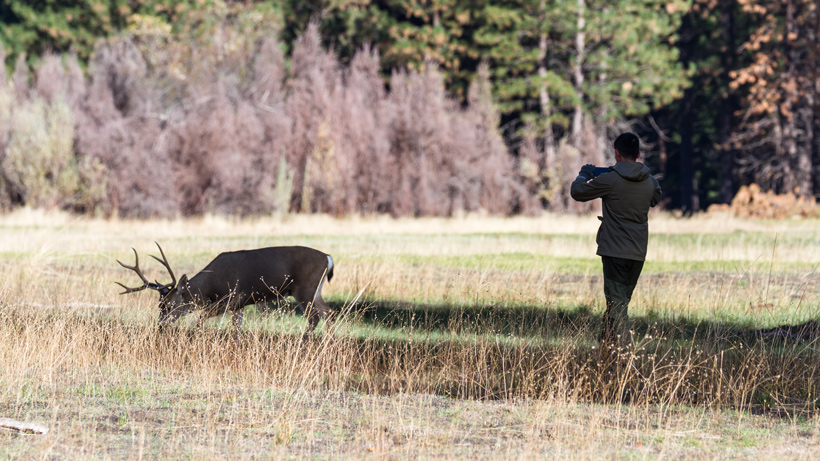 With deer taking over neighborhoods and parks, the Baker City council in Oregon is considering a deer cull but still has a few hoops to jump through before that proposal can be finalized. This week, council members met to talk about the idea and brought in Oregon Department of Fish and Wildlife (ODFW) State Biologist Brian Ratliff “to discuss the deer situation and the city’s potential options,” the Baker City Herald reports.

While the deer complaints range from the possibility of attracting cougars or other predators to the area, vehicle collisions and the spread of disease, City Manager Fred Warner Jr. says that most residents are concerned about overabundant deer destroying flowers, shrubs, and trees. The council’s decision to bring up the possible deer cull follows the passage of Senate Bill 373 (SB 373), which the Oregon Legislature passed last July. SB 373 “requires the state Fish and Wildlife Commission to start a pilot program, by Jan. 1, 2019, designed to allow cities to reduce their deer populations by applying to the state for permits allowing the city to kill deer and, when possible, donate the venison to local charities,” according to the Baker City Herald. However, before cities can apply for these permits, they must have already passed a city ordinance that “prohibits residents from intentionally feeding deer” and another ordinance confirming that deer numbers are high enough to be considered a “public nuisance.”

Baker City has not drafted either of these ordinances yet. If the city does, it can move forward with proposing a cull. The proposal would then need to go through a public comment period and, if eventually approved, still require ODFW to authorize the kill method proposed for residential safety. In other words, moving forward with a deer cull will take quite a while.