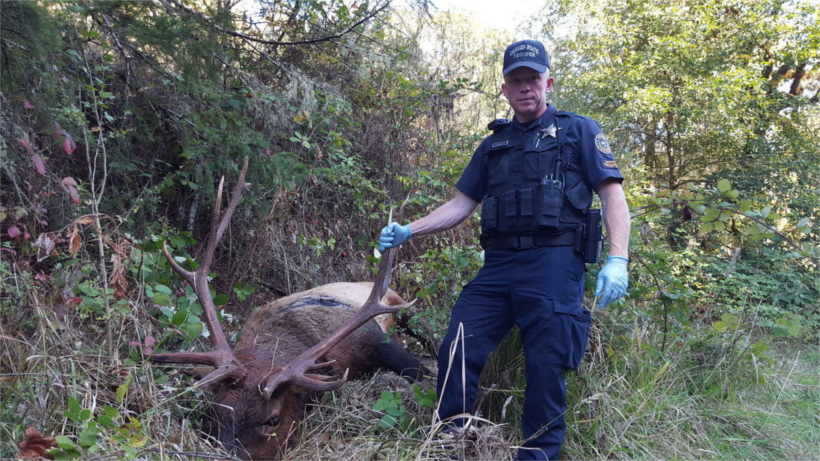 Who’s illegally killing elk in Oregon? Without any leads to pursue following two recent incidents of bull elk being shot and left to waste in Douglas County, Oregon State Police (OSP) are asking the public for help.  This month, OSP Fish and Wildlife Troopers investigated two cases: one on Oct. 7 near the Toketee Air Strip in the Cascade Mountains; the other on Oct. 8 near Old Pioneer Road in Oakland.

According to The News-Review, officers found a wounded bull on Oct. 7 that they had to put out of its misery. Fortunately, while the animal had to be put down, the meat wasn’t wasted. The Oct. 8 incident uncovered a bull elk on private property that was likely shot earlier in the month.

“Recently we’ve had a big rash of them,” says Todd Baimbridge, regarding the increase in poaching cases. “Up until these last couple years it was not a big issue, but this is definitely something that not only hunters but people that enjoy the wildlife need to stop.”

In fact, since August, seven bull elk have been killed in a similar way, according to The News-Review. If you have any information, OSP is asking that you contact the Turn In Poachers program at 1-800-452-7888 or TIP@state.or.us.