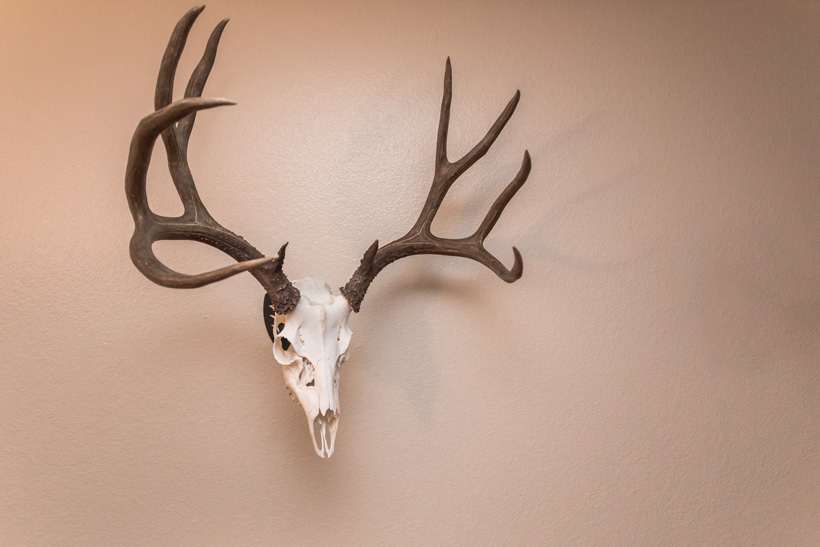 Are you an Oregon hunter interested in selling your big game mounts? You may be in luck. The Oregon Fish and Wildlife Commission decided last week that hunters 65 and older can now legally sell deer, elk or other mounts – along with antlers still attached to the skull – of animals harvested within the state. Prior to this decision, antlers were not allowed to be legally sold within Oregon in an effort to curb poaching.

This is a major victory for Patrick Ackerman, who sparked the discussion and resulting rule change, after wanting to sell his animal trophies as a way to make boost his retirement fund. Mounts were previously only allowed to be sold through estate sales or if the mount was unclaimed from taxidermists, according to the Mail Tribune. Non native animals like Dall sheep and caribou are already permitted to be sold legally within Oregon, according to state statutes.

"I don't know what the market will be," says Tom Thornton, Oregon Department of Fish and Wildlife's (ODFW) game program manager. "Most of the time they're not worth the big dollars people think or hear."

In order to sell big game trophies of Oregon animals, hunters are required to provide the tag used to “legally kill the animal or sign an affidavit saying they had a legal tag when they killed the animal,” according to the Mail Tribune. In order to sell antlers, sellers must pay a one-time $25 fee so biologists will verify up to five sets of antlers; each additional set is $5 each. These tags will be required beginning in 2017 for any hunter interested in selling antlers.

Ackerman is pleased with the outcome, saying, "I'm the one who got it going really for all outdoorsman, not just myself.”