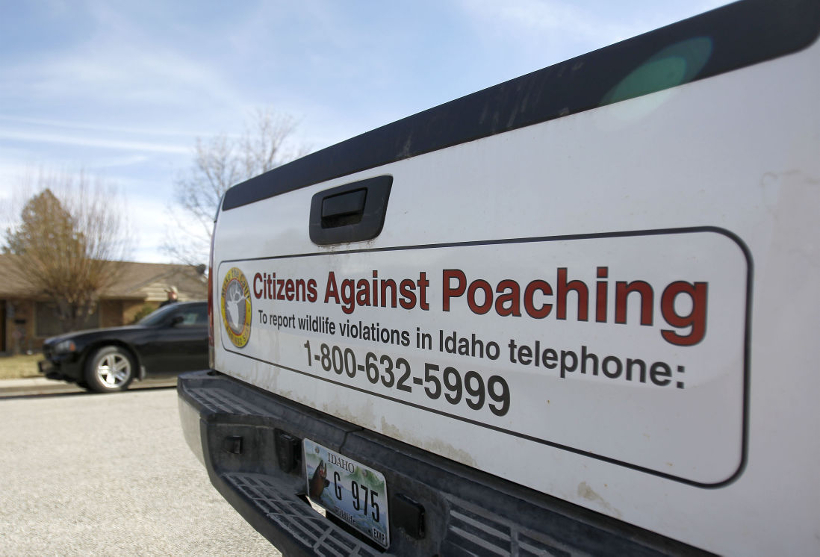 Every year, poachers strike, leaving behind a path of dead animals and unsolved cases. While anonymous tips and testimonies have helped nab some of them, Oregon and Idaho law enforcement officials now have a few new tricks up their sleeves to hopefully stop poachers in their tracks.

Oregon State Police’s game enforcement unit now has an infrared thermal imaging unit courtesy of the Capital and Mid-Willamette chapters of the Oregon Hunters Association (OHA). The unit should help identify poachers “trying to evade law enforcement during the night, along with animals killed illegally,” according to The Statesman Journal.

“This unit will give law enforcement the ability to see at night by detecting any heat,” says Edward Munson, a member of OHA. “The body heat from poachers will give them away, and the heat of animals killed will also show up, allowing use as evidence.”

In Idaho, lawmakers are taking a slightly different approach. Sen. Marv Hagedorn (R-Meridian) has introduced a bill that would increase fines for poaching big game, saying that fines haven’t increased in nearly 20 years. If the bill passes, fines for elk increase from $750 to $1,000, for caribou, bighorn sheep, mountain goat and moose from $1,500 to $2,600 and from $400 to $700 for any other big game animal, according to the Times-News. The bill was introduced on Wednesday and there is no date yet set for its review.

Poaching never pays and officials believe that for as many poachers found, that many go free. If you ever spot suspicious or questionable behavior, please contact your local conservation officer immediately.