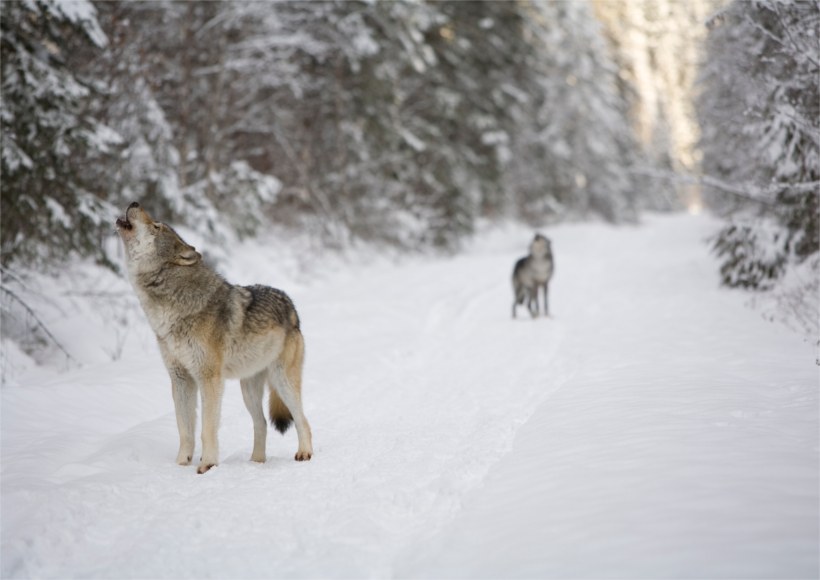 Ontario is home to thriving wildlife, including hearty packs of wolves and coyotes. In an effort to keep packs at bay – and help protect the dwindling moose herds – the Ministry of Natural Resources and Forestry (MNRF) proposed removing current protections for the predators last December. This decision would allow anyone with a small game license the ability to kill two wolves and as many coyotes as they wanted in northern and parts of central Ontario.

While the proposal was supported by hunters, animal welfare and environmental groups cried foul. Following MNRF’s announcement, opponents started circulating petitions against the plan and once the MNRF’s comment period closed on January 18, officials discovered more than 12,000 comments – most asking that the change in protections not move forward, according to NowToronto.com.

Those against the plan included members of The David Suzuki Foundation who said that the plan “is not supported by science [and] although often scapegoated, predators are rarely the root cause for dropping prey populations.” Other organizations, like Earthroots, stressed the importance of a balanced ecosystem, saying that eliminating some of the northern wolves could impact members of the Eastern wolf packs that are already considered at risk.

Based upon this overwhelming public outcry, MNRF posted a message on its website on April 5 that says the agency will not be moving forward with the proposed plan.

“After extensive public, stakeholder and Aboriginal engagement and considering all comments received, the ministry has decided not to make changes to wolf and coyote hunting regulations," says Jolanta Kowalski, a MNRF media relations officer. She adds, “There are numerous factors that may be impacting Ontario’s moose population including harvest, parasites, changing climate, habitat quality and predation. We will continue to explore those factors.”