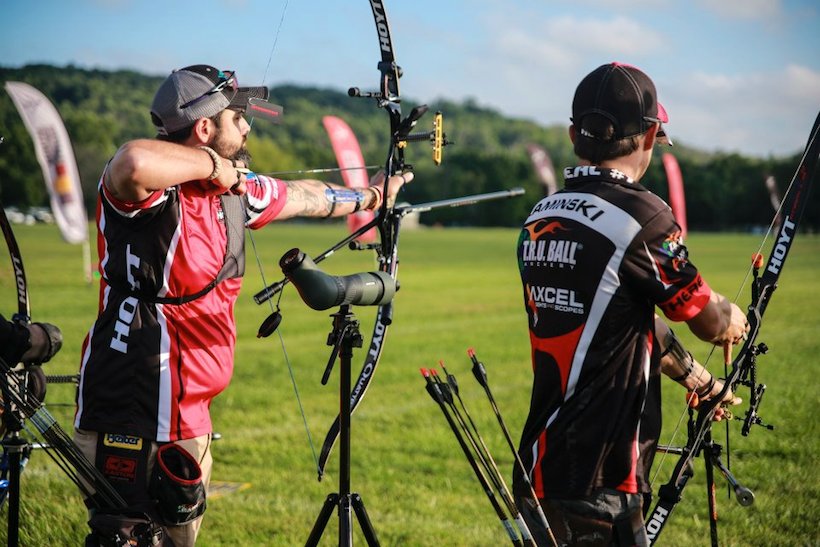 This week Ohio is hosting one of the most anticipated sporting events in the nation — the U.S. Archery National Target Championships.

Officials running the event, which is being held in Butler County’s Joyce Park for the fifth consecutive year, went into expecting a record turnout.

“Joyce Park has been a great choice for the past several years, offering a field that meets the unique needs of this event, as well as fantastic local support from the Butler County Visitors’ Bureau, the city of Hamilton and local archery clubs such as the Cincinnati Junior Olympians,” said Teresa Johnson, spokeswoman for USA Archery.

Butler County is also centrally located, making it an easy trip for a large number of USA Archery’s membership.

Having a large-scale event return another year is also a huge confidence boost to the residents of Butler County.

“It shows that they have faith in us to be able to put on a great event year after year,” said Stephanie Gigliotti, senior sale manager for sports and events. “It always gets a little easier and we get new ideas to make it better, make it bigger.”

“The event has a large economic impact on the city and the community, and I feel like people recognize that. A lot of local groups volunteer, so they can come out and see the events, hands-on. They also see the participants at local restaurants and things like that, so they understand what this event brings to the community,” said Gigliotti.

The five-day event consists of three separate tournaments that will take place from Wednesday through Sunday, July 23 - 27: the 130th U.S. National Target Championships, the U.S. Open and the Easton JOAD National Championships. The first two events are for adult archers, while the third is geared towards youth archers.

The event also boasts several Olympic and Paralympic medalists, as well as several archery World Championships shooting both compound and recurve bows, and Olympic team members from other countries as well, including Chinese Taipei, Canada, Colombia, the Philippines and Mexico.

The rise in participation is certainly not surprising. U.S. Archery has grown from 7,584 members in July 2013 to more than 13,000 this month, a 71% increase. And the amount of USA Archery clubs has climbed from roughly 500 a year ago to 754 this month.

Archery has also continued to grow as a popular sport for fans. In addition to inspiration from the U.S. Olympics, recent movies like The Hunger Games, Brave, The Avengers, and The Hobbit have all had helped lift archery into the limelight.

Whether the influence of pop culture on the sport will have a long-term impact or its appeal will eventually fade remains to be seen. But for right now, one thing is certain — archery shows no sign of slowing down.

The event kicks off Wednesday and continues through July 26. Spectators are welcome and the event is open to the public.