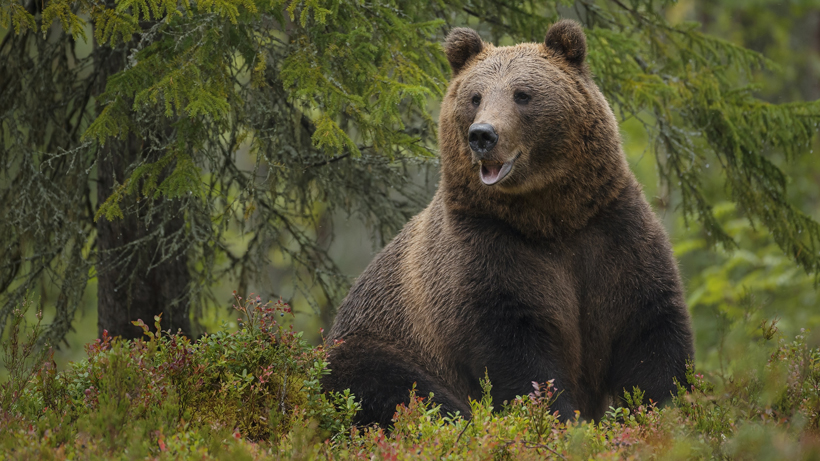 The oldest living grizzly bear was recently found in the Yellowstone region – a discovery made, unfortunately, soon after his demise. The 34-year-old bear had “168” tattooed on the inside of his mouth; a number assigned to the old boar back in 1989 when he was a 180-pound, three-year-old bear roaming the Pacific Creek drainage, the Billings Gazette reports.

“He was born in 1986,” said Dan Thompson, large carnivore supervisor for the Wyoming Game and Fish Department. “That’s pretty wild to think about. I think I was in junior high. I know it was the year before (Guns N’ Roses’) Appetite for Destruction came out.”

While the old bear lived a long life, he was recently euthanized following repeat depredation of calves in the Wagon Creek area, a husk of his former self at 170 pounds “with three bulbous nubs for canines – and no other teeth at all,” according to the Billings Gazette. Thompson says that it was obvious that a grizzly was behind the depredation based upon the evidence left behind on the animals’ hides. 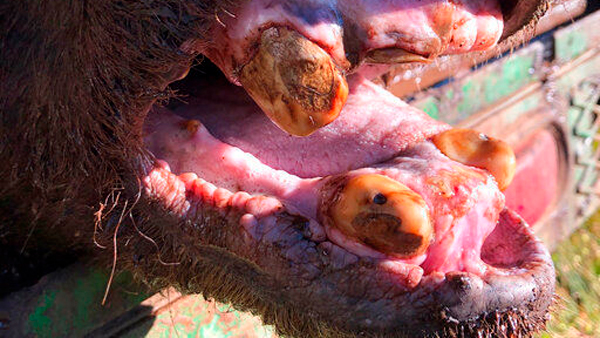 This 2020 photo provided by the Wyoming Game and Fish Department shows the worn, mostly toothless jaw of the 34-year-old grizzly bear.

“You’ll skin them and there’s like terrible bruising, but there’s no real punctures,” said Thompson. “They have so much strength in their jaws they can kill an animal by basically gumming it.”

Grizzly 168 had been captured off and on throughout his life and wore a “very high frequency” tracking collar at one point. He was considered a “large, powerful animal” and, in 1991, was estimated to be nearly 450 pounds at five years old. He sired several litters and roamed through the region able to avoid conflict.

The U.S. Fish and Wildlife Service’s grizzly bear recovery coordinator, Hilary Cooley, made the decision to euthanize the bear. The grizzly was officially put down on July 30, 2020.

“It was sad that we had to put him down,” said Thompson, “but ethically there was nothing else that could be done.”