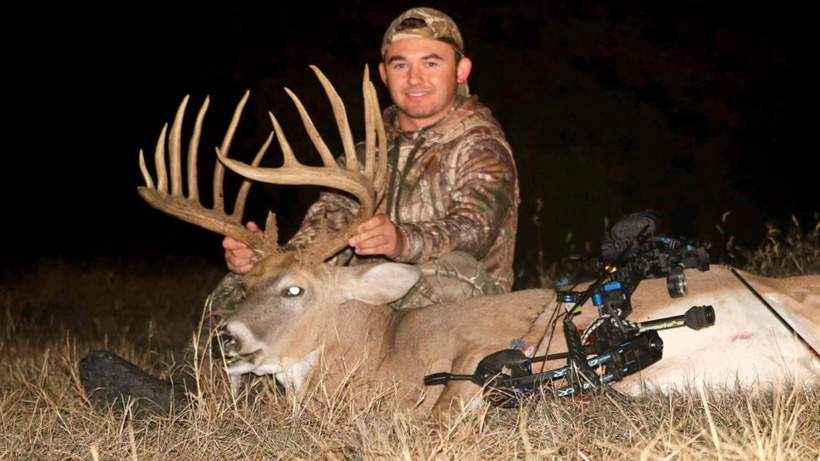 When Guner Womack decided he wanted to bowhunt, he never thought that the first deer that he shot would become a state record. Yet, 18-year-old Womack may have done just that. On Tuesday, the teenager shot the 8x8 whitetail buck broadside at 25 yards—a buck that may be Oklahoma’s largest typical whitetail buck to date.

According to News on 6, this particular buck was well-known within the Womack family. They’d watched it grow up on their land in Pawnee County, keeping track of him via trail camera. While the family said that “they knew he’d turn into a quality buck” they didn’t expect it to be a “world-class” one.

“I didn’t think it was gonna be that big a difference,” Womack told News on 6. “The pictures don’t do him justice.”

Womack has hunted since he was a boy, but took to the woods for his first archery season this year. The buck is estimated to be 4.5 years old and has a gross green score of 209 4/8” – quite a difference compared to the state’s current typical whitetail record of 194 0/8”. After the required 60-day drying period, the buck will be rescored; however, it’s anticipated that Womack’s buck will be named Oklahoma’s largest typical whitetail.

Regardless of the buck’s trophy stature, Womack is pleased that he “ethically harvested a buck of a lifetime” and says, for him and his family, hunting isn’t about the size, but about “conservation and the meat.”

“We eat everything we kill. We don’t waste anything,” said Womack. “What’s the point of hunting if you’re not gonna take everything? And it also keeps the flow of conservation going in the area.”

Congratulations, Guner Womack, on a buck of a lifetime!