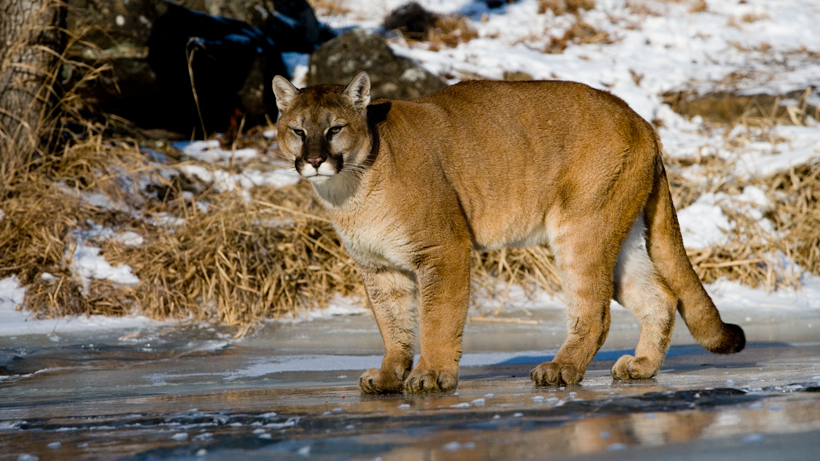 Senate Bill 769, which would allow for a mountain lion hunting season in Oklahoma, passed the state’s Senate Agricultural and Wildlife Committee last week. The approval means that the state is one step closer to holding its first ever mountain lion hunt, The Oklahoman reports.

Sen. Casey Murdock (R-Felt) introduced SB 769, which “proposes a lottery or draw for mountain lion hunting” with a season quota of five animals. However, understanding whether or not that number would sustain the current population is difficult as no one is quite sure how many of the animals actually call the state home.

“They are a very elusive cat, but we know they exist (in Oklahoma),” said Corey Jager, legislative liaison for the Oklahoma Department of Wildlife Conservation. “A bill is one way to bring (state wildlife officials) to the table and have a discussion. We are talking about it internally. Is it something we can and would do? I don't know the answer to that. One purpose of a bill is to get that conversation going and keep it going.”

According to The Oklahoman, while the state had more sightings in 2020 than previous years, only seven sightings were confirmed by the Oklahoma Department of Wildlife Conservation (ODWC): three in Osage County, two in Pushmataha and one each in Cimarron and Pawnee counties. In 2019, only five sightings were confirmed. Most wildlife officials say that the mountain lions spotted in the state are “mostly transients, young males on the roam looking to establish a territory of their own.”

“In certain areas we know that there are home ranges that extend into Oklahoma from other states,” said Jerrod Davis, ODWC furbearing biologist and mountain lion coordinator. “But as far as we can tell, those don't extend very far into the Panhandle area and some of the northern reaches of Oklahoma.

Current law prohibits hunting mountain lions; however, in 2007, the law was modified to allow for shooting the animal if threatened or protecting livestock and pets.