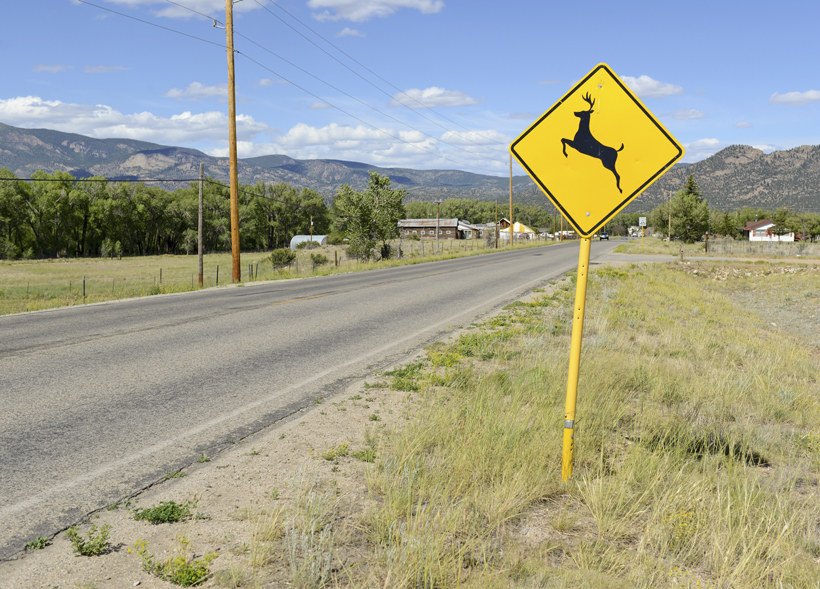 As the number of deer-vehicle collisions continues to climb across the country, wildlife officials urge communities to put more effort into measures that will keep wildlife off roadways.

The last three months of the year consistently contain the most deer-vehicle encounters across the country. That’s not by chance.

This period of time not only marks the height of hunting season, but the peak of the deers’ rutting season, which sends typically-elusive bucks into a hormone-driven mating frenzy. Between the sensitivity to the sound of a shotgun and their lovesick state of being, deer activity is at an all-time high, which means motorists are more likely to find the animals in their headlights, both on county roads and city streets.

Last year, Reno County recorded one of the highest numbers of deer accidents in the state of Nevada. This year has not proved to be much different.

So far this year, the city and county have documented 199 accidents involving deer, including 23 in October and 29 in November, according to public bulletin entries by the sheriff and police departments.

Six of the accidents this year resulted in injury, though only three required emergency transportation to a hospital.

Given these alarming statistics, it would seem imperative that communities take action to help prevent deer-vehicle collisions.

“What is missing is an incentive for a deer to not just cut across the highway,” said Fraser Shilling, co-director of the Road Ecology Center at the University of California, Davis. “That is where fencing comes in.”

Shilling said he is familiar with the stretch of I-80 between Reno and Truckee and knows that it is a veritable death zone for migrating deer. This is not only a serious detriment to the deer, but to the motorists as well, who run the risk of being seriously injured and subject to subsequent medical, car repair or insurance bills.

In some parts of the state, the Nevada Department of Transportation has built several wildlife underpasses and overpasses to reduce vehicle collisions with wildlife, but such efforts have proven rather expensive and complicated.

Shilling believes that fences are the most efficient and most effective ways of helping lower this risk.

“(Fences) are not only effective in reducing impact to wildlife, but they are cost effective,” he explains. “There are all kinds of costs that come from a collision on the human side of it.”

One area that could be an ideal candidate for more fencing is the stretch of highway near Verdi and the California border.

Nevada Department of Wildlife spokesman Chris Healy says that the area is home to the Loyalton-Truckee deer herd, which has plummeted from an estimated 6,000 deer in the 1960s and ‘70s to less than 1,000 today.

In the fall, this herd migrates, and the bucks, which are in rut at the time, have their focus directed toward finding does, not toward crossing the road safely. Fences would not only help direct the deer away from the highway, but would help motorists make a safe and comfortable trip.

Until fences are erected, however, officials urge motorists to exercise utmost caution, particularly during this time of year.

Most deer collisions happen early in the morning or later at night, but motorists could encounter deer at any time and should always be alert.

Roads near wooded areas and food crops are more likely to attract deer. While drivers should exercise more caution in these areas, they should still remain vigilant in less-rural areas as well.

“Always drive slow at night and keep your high-beam lights on when possible. Also, keep your headlights clean so they can project a longer ways,” advises conservation agent Kyle Booth.

While deer are notorious for freezing when hit with a vehicle’s headlights, Booth says that sometimes, they react to sound. While it is not an absolute safeguard against an accident, Booth recommends honking the car horn to encourage the deer to move “rather than doing nothing.”

If striking a deer does seem unavoidable, the highway patrol reminds drivers that swerving into another lane to avoid colliding with the deer could in fact result in a more serious accident with oncoming traffic.

Booth says the best way to protect yourself is to remain alert. Deer commonly travel in packs, so seeing one deer likely means that there are more nearby.

“Just be aware of your surroundings when traveling on highways and on the roads, and be checking the side of the road as well,” Booth reminds drivers.