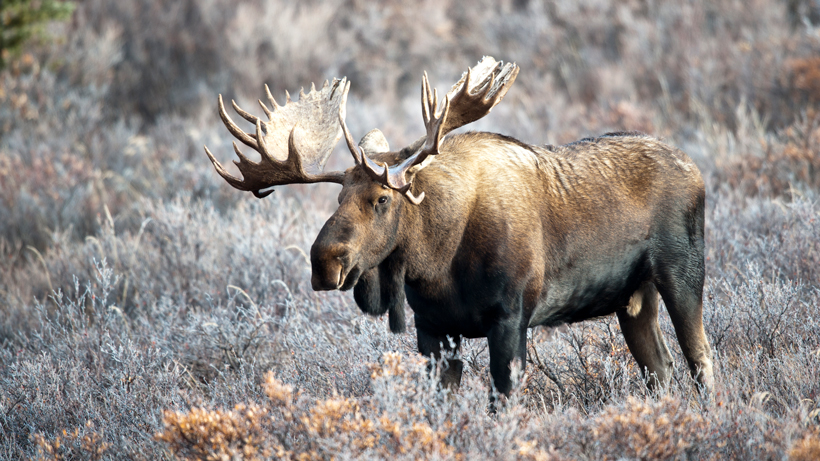 The first case of chronic wasting disease (CWD) has been confirmed in a bull moose in northwest Montana. The moose, which was killed in October by a hunter near Pulpit Mountain west of Quartz Creek and north of Troy, was harvested “less than half a mile to the west of the existing Libby CWD Management Zone,” according to Montana Fish, Parks and Wildlife (Montana FWP).

The sample was voluntary and the Veterinary Diagnostic Lab at Colorado State University “identified it to be suspected of CWD infection” and confirmed it with a second test. As goHUNT previously reported, CWD was first confirmed in a whitetail deer in Libby, Montana back in June, making it the first time CWD had been confirmed west of the Continental Divide in the state. Since that confirmation, there have been 30 positive detections of the fatal disease in deer within that area, according to the agency.

Based upon these detections—and the newly confirmed bull moose case—Montana FWP will continue its CWD surveillance throughout the rest of the hunting season. The agency plans to continue to review samples in case they need to create other CWD management zones or change sampling efforts.

Should you want to test your mule deer, whitetail deer, elk or moose, Montana FWP will pay for you to do so. Hunters can collect their own samples and send them to the Montana FWP lab in Bozeman or, beginning with the general season, submit samples directly to regional MFWP offices. It typically takes three weeks for test results and, should your animal test positive for CWD, you could receive a replacement 2019 license.