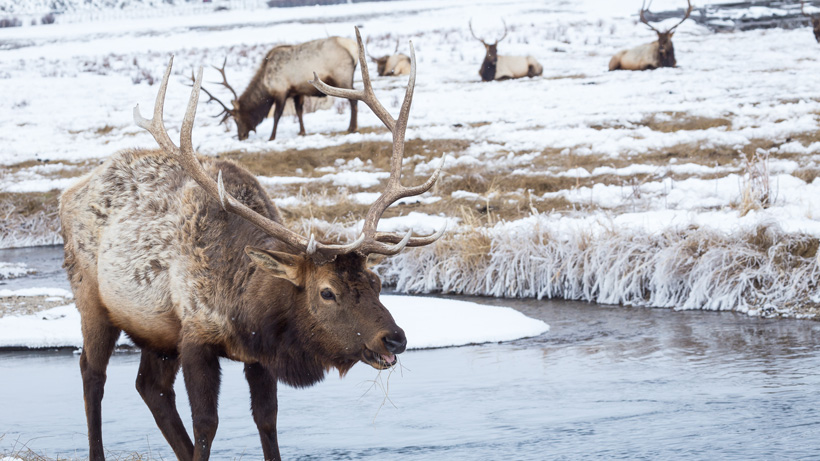 According to the Bozeman Daily Chronicle, MFWP counted 7,579 elk in the area that stretches from Lamar Valley north to Six Mile Creek, which is a 42% increase from 2017’s tally of 5,349. While Karen Loveless, an MFWP biologist, says that’s likely due to some elk being missed during last year’s survey, it’s still a sign that the population is healthy and thriving since this is the fourth year in a row that the number has increased.

While this is great news, the number still falls below the “long-term average of roughly 10,000 for the area,” the Bozeman Daily Chronicle reports but is still closer than prior years. Biologists have linked the jump in elk population to the increase in elk migrating north from Yellowstone and into Montana. Yet, this increase in elk migration makes the number of elk within the state unsustainable and Loveless says “that part of the state is ‘at capacity’ when it comes to hosting elk.”

“We’re maxed out,” Loveless told the Bozeman Daily Chronicle. “If the herd is going to continue to grow, it would have to be elk staying in the park over the winter.”

MFWP plans to propose an increase in antlerless elk hunting opportunities for the upcoming season in an effort to help manage the population and help with any landowner conflicts. This proposal is a result of a public comment period and, according to the Bozeman Daily Chronicle, the Montana Fish and Wildlife Commission still has to approve it.