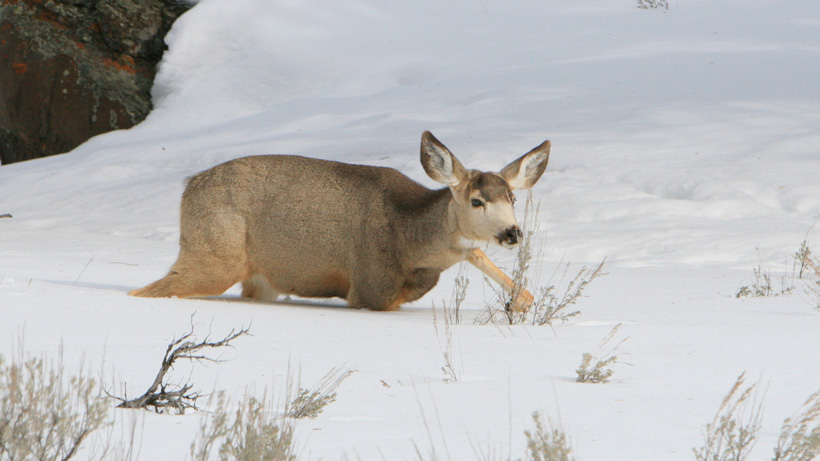 Every year, Wyoming Game and Fish Department biologists and game wardens conduct mule deer classification surveys in the Sheridan Region. The area, which includes most of northeast Wyoming, is home to plenty of mule deer and whitetail deer. The goal? To gain an understanding of doe to buck ratios, fawn survival rates and general herd health.

According to The Sheridan Press, this year, wildlife managers were able to locate and classify 9,328 mule deer and 5,689 whitetail deer. This means that every single deer was individually identified as “an adult buck, yearling buck, doe or fawn.” The number of yearling bucks counted give “wildlife managers insight into how well last year’s fawns survived their first winter.”

Herd ratios are important to monitor as it helps wildlife managers to spot trends that are used to set population estimates and objectives as well as set hunting seasons. Compared to 2018, fawn ratios increased by about 15% due to “improved precipitation” and “extended spring green-up,” according to The Sheridan Press. Further, high buck ratios meant that conservative hunting strategies on private land has paid off; however, there was a lower yearling buck ratio, resulting in “a lower overall 2018 buck ratio” for the region.

“In general, these populations are fairly stable without remarkable annual fluctuations,” said Buffalo Wildlife Biologist Cheyenne Stewart. “There are some longer-term trends in certain areas that are concerning to us, which is why we are investing so much time and energy into targeted research projects such as the Upper Powder River Mule Deer Study initiated in December 2018 and the movement study of mule deer in two herds east of Buffalo initiated in November 2019.”

Wildlife managers also classified 1,923 mule deer in Hunt Area 23 and 24, finding that the fawn ratio had increased to 90 fawns per 100 does and with 45 bucks per 100 does, there were “high buck numbers and good numbers of older age class bucks” in prime mule deer habitat, according to The Sheridan Press.