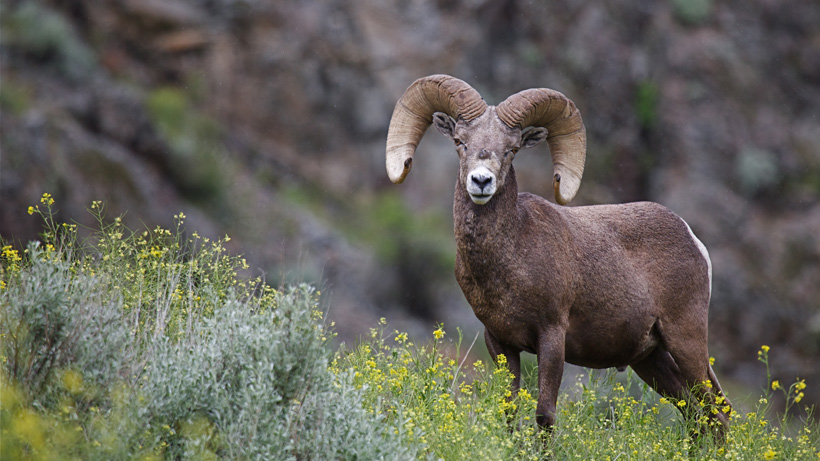 Brett Wiedmann, a North Dakota Game and Fish Department (NDGFD) big game management biologist, said that the 2019 survey found “a 10% decline in ram numbers from 2018” with the majority of the current population comprised of young rams.

“Our objective this hunting season is to reduce the number of rams in the southern Badlands, to lessen the risk of transmitting the disease to the northern population,” Wiedmann said. “Moving forward, our intention is to have the southern Badlands wild sheep herd as a discussion item during our fall district advisory board meetings.”

Like many bighorn sheep herds, the southern Badlands herd has been impacted by bacterial pneumonia. According to the Grand Forks Herald, the disease, which was first discovered in 2014, has “resulted in a loss of 15% to 20% of the adult population.” Now, said Wiedmann, more than 300 bighorn sheep roam the area north of Interstate 94 while only 20 animals were tallied south of the interstate.

This year, the NDGFD has issued three licenses for Unit B1 and a portion of B3 and one license for Units B3 and B4. One license was also auctioned off by the Midwest Chapter of the Wild Sheep Foundation in March; all proceeds from that auction is used to “enhance bighorn sheep management in North Dakota,” according to the Grand Forks Herald.

There were 15,518 applicants for the chance at the once-in-a-lifetime hunt. The drawing has been held and the lucky five have been notified.