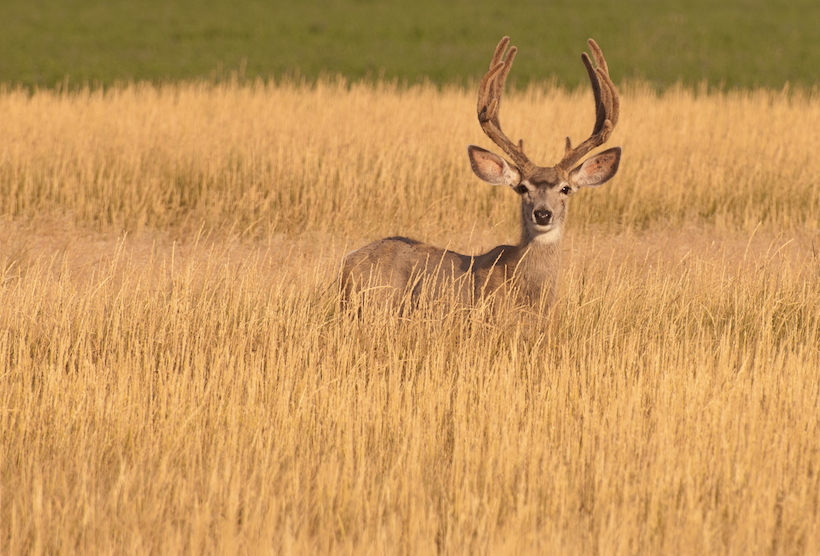 Game officials in North Dakota will grant only 48,500 licenses for mule deer this year, which is 11,500 less than the number of licenses issued last year.

Compare these numbers to 2008, when mule deer populations were high. At that time, 150,000 licenses were issued. North Dakota Game and Fish Department allowed more mild hunting limitations after hearing complaints from farmers and landowners throughout the state.

The decrease in licenses this year is indicative of the current state of its mule deer population. A series of back-to-back winters have pushed the numbers down. Another factor is loss of habitat, often due to the expansion of energy development.

“This fall, for a third consecutive year, no muley doe tags will be offered in an attempt to help the herd rebound,” said Randy Kreil, wildlife chief for the North Dakota Game and Fish Department.

For mule deer, this has helped the population. Kreil said that after the first season without any doe harvests, numbers had grown by 15% and 19% after the second season.

“We figure one more year of doing that will put us in a pretty good position,” Kreil said.

The eastern part of North Dakota isn’t the only area where mule deer numbers have drastically decreased, as population also dropped in the west, but more so because of weather than habitat loss, wrote the Bismarck Tribune.

In addition to mule deer, many of North Dakota’s other wildlife species have been dwindling throughout the state. Pronghorn, bighorn sheep, sage grouse and mountain lions among others are some species that have faced drastic population decline.