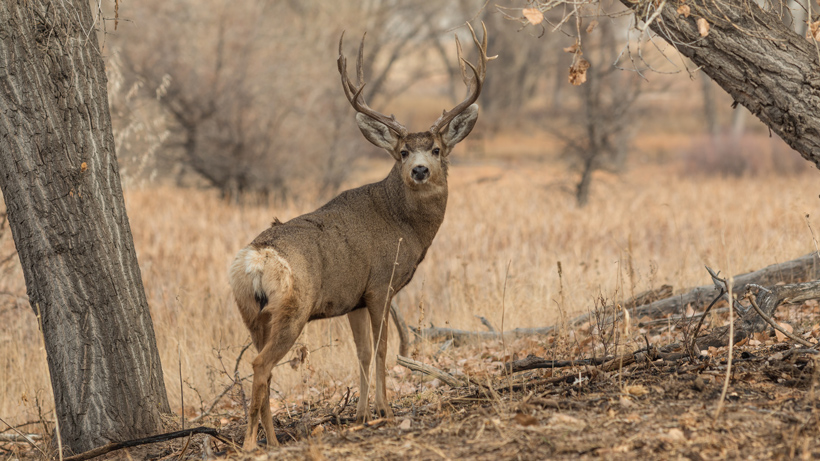 Slow and steady wins the race – especially when you’re talking about mule deer and North Dakota. Over the last few years, mule deer populations have been on the rise and, while this year’s numbers are similar to last year’s, the population is still 45% above the long-term average, the Grand Forks Herald reports.

Every April, the North Dakota Game and Fish Department (NDGFD) competes a spring mule deer survey in order to determine quotas for the fall season. This year, the survey found that deer density had remained nearly the same in the Badlands, which is good news for hunters. Officials say that there could be more hunting opportunities in all Badlands units except for 4A, according to the Grand Forks Herald.

“The population recovery is due to no antlerless harvest for four years combined with milder winter conditions during 2012-2016, which led to good fawn production since 2013,” said NDGFD Big Game Management Supervisor Bruce Stillings told the Grand Forks Herald. “However, the long-term health of the population will depend on maintaining high-quality habitat. Rangeland conditions are in tough shape in the Badlands due to drought conditions and could have a negative impact on fawn production this summer.”

Stillings says that the rationale behind increasing mule deer opportunity in several areas is due to “very high mule deer densities” that “have exceeded landowner tolerance levels.”

While the surveys are complete, NDGFD is still determining the hunting quota for the 2018 season. Stay tuned to goHUNT for further information.