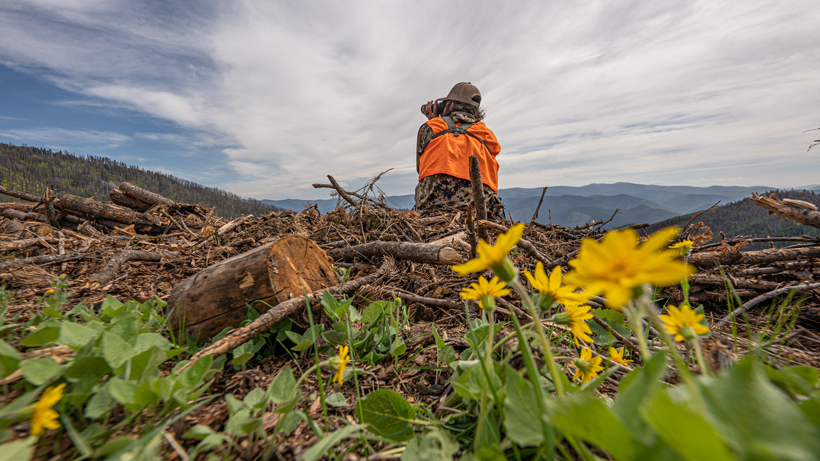 This may not be blaze pink in the image above or a photo from North Dakota, but you get the idea. Photo credit: Chris Neville

Will legalizing blaze pink equate to more female hunters? North Dakota hopes so. The state wants to join the nine other states that already pushed to legalize fluorescent pink for big game hunting. Sen. Kristin Roers (R-Fargo) introduced Senate Bill 2143 earlier this year and hopes to bring it before the Senate Energy and Natural Resources Committee next week, The Bismarck Tribune reports.

Roers says a shopping trip for hunting gear made her realize the need for this type of legislation.

SB 2143 would require big game hunters to wear at least 400 square inches of fluorescent orange or fluorescent pink and “allow a camouflage pattern of up to 50% for the two colors.” Roers hopes it will help “modernize” the state law and encourage more hunters to participate, according to The Bismarck Tribune.

North Dakota Game and Fish Department Enforcement Division Chief Scott Winkelman is supportive of the bill, and said, “I don’t think it would hurt anything,” adding that “I think the biggest plus would just be if it can get more people in the field hunting.”

NDGFD has not met to discuss the bill and no comments are available at this time.