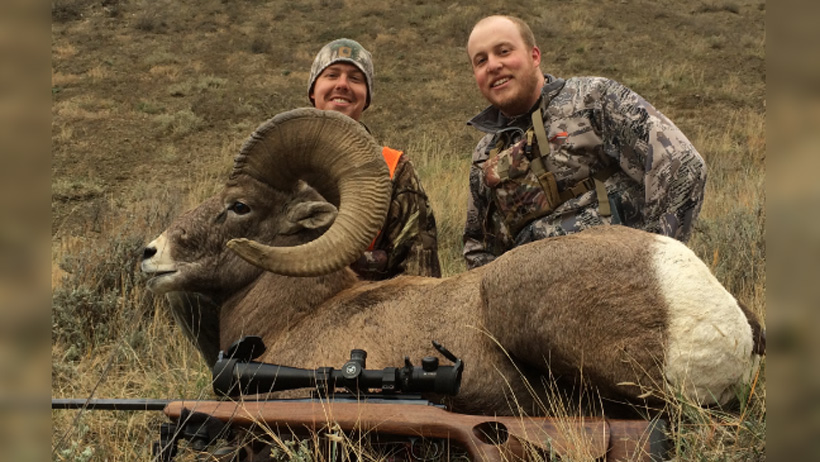 Shawn Burns has a lot to smile about today. The North Dakota hunter was one of eight lucky bighorn license holders and managed to harvest a possible new state record.

State biologist Brett Wiedmann told The Grand Forks Herald that the ram was harvested Oct. 30 west of Grassy Butte, ND, in McKenzie County, adding that those still trying to fill a tag have plenty of rams to choose from. In fact, as goHUNT previously reported, the state didn’t hold a season last year due to a massive pneumonia die-off, which means those that survived are another year older – and bigger.

“The good news for future hunters is there are several rams out there right now that are bigger than this one,” says Wiedmann, who says that six of the eight bighorn sheep hunters have already filled their tags.

“The peak of the rut is right now, so I'm thinking (the other two) will be taken pretty quickly," says Wiedmann.

Congratulations, Shawn Burns, on such a successful harvest!