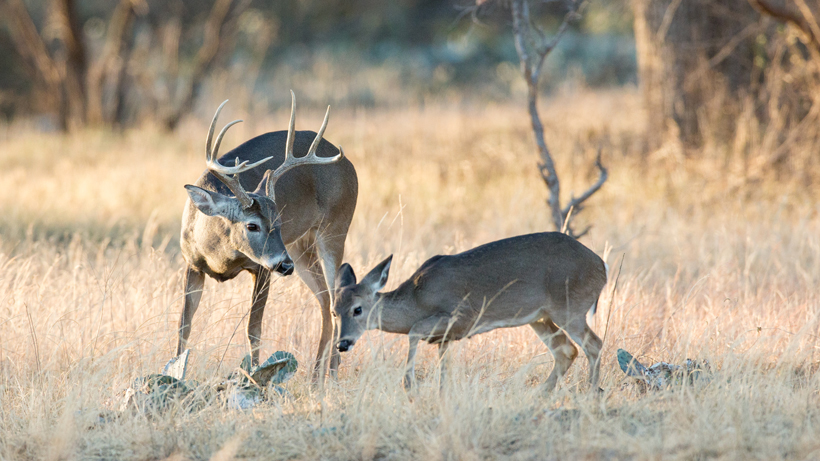 Here’s some good news for North Dakota hunters: deer herds are looking stable just in time for fall hunting seasons. While whitetail deer, mule deer, an elk and several antelope suffered during “one of the worst outbreaks of epizootic hemorrhagic disease (EHD),” the North Dakota Game and Fish Department (NDGFD) is hopeful that the worst is behind them, News Dakota reports.

“The populations are generally looking good, we’ve been seeing a slow increase in the population since 2013,” said NDGFD big game supervisor Bruce Stillings, who added that disease didn’t affect as many animals as anticipated outside of Unit 3D1. “We were really expecting a pretty major hit on our whitetails in the southwest units and we thought that would certainly show up in our hunter success rates from the fall hunting season, and for the most part, that just wasn’t the case.”

EHD is caused by midge bites and primarily infects whitetail deer. Yet, it was so rampant within the state that biologists confirmed widespread prevalence not only in whitetail deer in the southwest portion of the state, but also in several antelope, mule deer and an elk. However, whitetail deer populations were high enough to weather the outbreak.

“Last year we had one of the most severe outbreaks of EHD on record, and certainly the most extreme case since I’ve been on board in the last 20 years. We had over 100 reports of dead deer, which can range anywhere from a single dead deer to maybe over 20 dead deer. It was also a much longer than a normal EHD season, with that real mild and warm fall and late summer. Our actual last confirmed EHD case occurred on November 2, believe it or not,” said Stillings.

Mule deer populations are steady with plenty of fawn recruitment and antelope are faring well, too, based upon aerial surveys conducted this summer, according to News Dakota. While drought could still come into play, Stillings is “cautiously optimistic that the young deer will survive.”

The other issue is dwindling habitat.

“We’ve lost a tremendous amount of high-quality deer habitat in the form of CRP; it can vary from losses anywhere from 35 to 70 percent of our CRP that we’ve lost in particular hunting units,” said Stillings, “that CRP provided valuable wildlife habitat in general, especially high-quality fawning habitat and also year-round habitat,” he concludes.

And chronic wasting disease (CWD) is still prevalent in the southwestern portion of the state. According to News Dakota, five whitetail deer and nine mule deer tested positive for the disease in Unit 3F2. There was another confirmed case of CWD in a mule deer in Unit 4B.